• Fellow Briton Brook, 36, won the IBF world title in the lighter welterweight division during his career but announced his retirement in May 2022, three months after beating Khan.

• Smith has stopped his past four opponents and moved up to middleweight to fight Eubank. 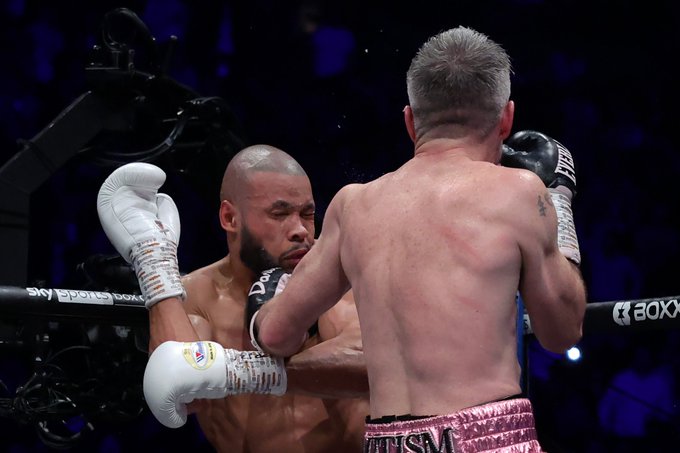 Liam Smith says he is “open to anything” after stopping Chris Eubank Jr in round four of their middleweight contest in Manchester on Saturday.

Eubank has a rematch clause but Smith said former welterweight world champion Kell Brook, or middleweight great Gennady Golovkin were also options. Brook, 36, retired after beating Amir Khan in 2022, but Smith’s promoter suggested that the fight could be made.

“I’ve got good options, I’m in a good position,” said 34-year-old Smith. “If [Eubank] wants that rematch, I’ll give it to him. I’m open to anything, I always have been. If it’s Chris next, it’s Chris next.

Fellow Briton Brook, 36, won the IBF world title in the lighter welterweight division during his career but announced his retirement in May 2022, three months after beating Khan.

Kazakh fighter Golovkin has won multiple world titles at middleweight, with the only two defeats in his 45-fight career coming against Saul ‘Canelo’ Alvarez, who is regarded as the best pound-for-pound fighter in the world.

Shalom said it was up to 33-year-old Eubank if he wanted to activate the rematch clause. Eubank suggested on social media after the fight he would do that, but Smith insisted he would want the second fight to be in his home city.

Smith has stopped his past four opponents and moved up to middleweight to fight Eubank. The intriguing fight threatened to be overshadowed by an ugly build-up in fight week, where Eubank suffered taunts about his sexuality from Smith but responded with jibes of his own about social class and personal attacks on Smith about infidelity.

Eubank apologised, admitting he “regretted” what he had said. Smith briefly addressed the controversy in his post-fight news conference.

“It got a little bit out of hand between me and Chris,” he said. “I take what Chris said with a pinch of salt. I don’t think he means it. A lot was said.”

On the short-term, Odongo said they are working with corporate companies to have an even bigger event in April in Nairobi.
Sports
2 weeks ago

The well-attended boxing event at KICC was largely credited to Karim Mandonga's hype.
News
3 weeks ago

Says Mandonga is talented in talking while he's talented in throwing punches.
News
3 weeks ago
Post a comment
by BBC
Boxing
23 January 2023 - 00:00
Read The E-Paper