Okoth, 39, said the Africa Boxing Championship in Maputo, Mozambique marked his final journey in the ring.

•In an exclusive interview on Monday, Okoth conceded that age had denied him the gusto to carry on any further.

•The Kenya Defence Forces' Seargent missed out on the lightweight title after losing to Zambia’s Chilata Andrew on a split decision. 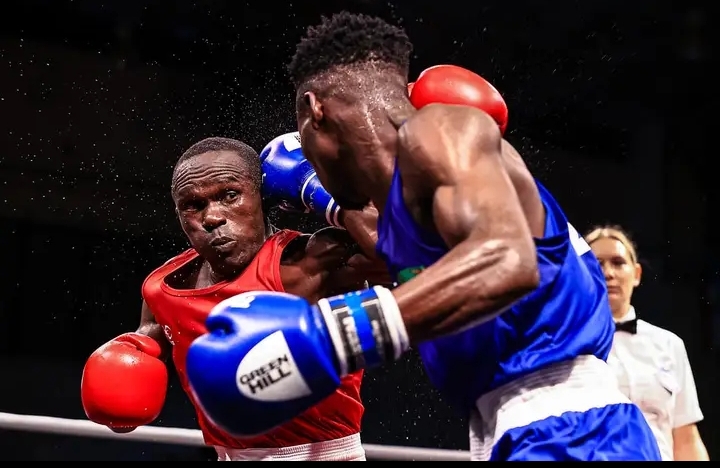 Okoth, 39, said the Africa Boxing Championship in Maputo, Mozambique marked his final journey in the ring.

In an exclusive interview on Monday, Okoth conceded that age had denied him the gusto to carry on any further.

He said he would spend his remaining years stropping the claws of a new generation of Kenyan boxers.

“Enough is enough. I no longer possess the stamina to take on the younger and more vibrant blood,” Okoth said.

“It's now time to pave the way for budding boxers. We only need to tap into the existing pool of talent. I've seen a good number of upcoming boxers with the potential to make our country proud,” he added.

On May 26, the seasoned national team captain hinted at retiring after the Birmingham 2022 Commonwealth Games in the UK but changed his mind.

Okoth explained why he backtracked on his promise to exit the scene.

“When I attended the national trials after the Birmingham games, I had hoped to find a young man who would edge me out of the flyweight slot but none was there to match my skills,” Okoth said.

“You see, no one should expect to earn a slot in the national team on a silver platter. You need to fight extremely hard and push yourself to the desired heights. I wasn't going to give anyone a chance so easily,” he added.

Okoth urged the budding boxers to avoid using substances that might weaken their body system and ruin their fledgling career.

“I've noticed that many of the upcoming boxers indulge in substance abuse. Such tendencies will merely serve to destroy any efforts they may put in place,” Only said.

Okoth expressed delight after clinching the silver at the premier continental showpiece in Maputo, where he also pocketed Sh600,000 from his exploits.

“Maputo was my third African championship and I’m very grateful to have had such an opportunity. I clinched two gold medals in my previous outings and I had hoped for another gold. However, I’m still thankful for the silver," said Okoth.

The Kenya Defense Forces' Seargent missed out on the lightweight title after losing to Zambia’s Chilata Andrew on a split decision.

He romped into the finals after annihilating Algeria's Walid Tarzout in the second round whom he left with a dislocated shoulder.

He had stormed the semifinals following an emphatic 5-0 unanimous win over Jean Jerry Agathe of Mauritius in the quarterfinals.

On August 31, Okoth asked local boxing enthusiasts to stop pouring scorn on him for shedding tears after his hunt for a gold medal at the Tokyo 2020 Olympics was brought to an abrupt halt on his first day in the ring.

The first Kenyan to take to the battlefield, Okoth crashed out to Mongolian Tsendbaater Erdenebat in a round of 32 bouts on July 24.

Post a comment
WATCH: The latest videos from the Star
by TONY MBALLA
Boxing
20 September 2022 - 05:00
Read The E-Paper