THREE SILVER AND ONE BRONZE

Musa reckons the performance of the team surpassed expectations given the tight timeline availed for preparations.

• National team captain Nick Okoth (lightweight) and his assistant Elizabeth Andiego (heavyweight), led by example after storming to silver medals, where they were joined by featherweight Samuel Njau. 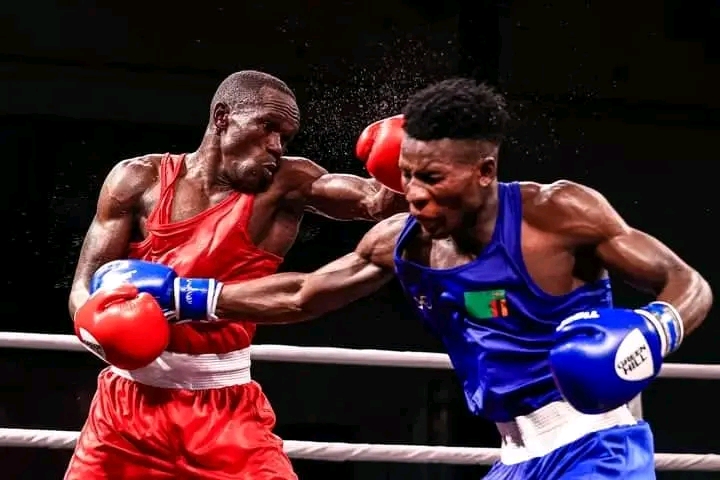 Hit Squad head coach Benjamin Musa has extolled his charges for registering impressive results at the Africa Boxing Championship in Maputo, Mozambique, where they clinched three silver and a bronze medal.

In an exclusive interview on Sunday, Musa said he was thrilled by the team's performance despite four of the boxers returning home empty-handed.

National team captain Nick Okoth (lightweight) and his assistant Elizabeth Andiego (heavyweight), led by example after storming to silver medals, where they were joined by featherweight Samuel Njau.

Boniface Mugunde settled for a bronze after crashing out in the semis while Shaffi Bakari, David Karanja, Amina Martha and Christine Ongare all bowed out in the early stages of the annual boxing extravaganza.

Musa reckons the performance of the team surpassed expectations given the tight timeline availed for preparations.

“We had about 10 days after trials to prepare for this championships. Generally, I feel the performance of the team is commendable. We are on the right track with some boxers needing more polishing,” Musa said.

The seasoned tactician showered the female boxers with praise, noting they had come of age.

“From what I observed here, our women boxers are almost up there with their contemporaries. We need more regional tournaments for them,” he said.

He, however, raised concerns about the palpable gap witnessed between experienced players and those who joined the fray recently.

“We will continue to work to bridge the huge gap between our seasoned internationals and the upcoming boxers,” Musa said.

Musa expressed gratitude to the National Olympics Committee of Kenya (NOCK) for facilitating their trip to Maputo.

“I must be grateful first to the Almighty for getting us here, fit and healthy. We profusely thank NOCK for facilitating our participation in this championships. Without them, we wouldn’t have been here,” Musa said.

“Elated. At least we didn't go home empty-handed. And we have also shown NOCK that their efforts were not in vain,” Munuhe said, adding that they have learnt some crucial lessons from the trip.

“If possible, we need to take a larger team and we should never miss such outings for exposure,” he observed.

For their efforts, Okoth, Andiego and Njau pocketed Sh602,000 each while Mugunde bagged Sh300,000. The team returns on Tuesday.

Kenya's Hit Squad out to soak in fame and glory again

Boxing Federation of Kenya (BFK) President Anthony 'Jamal' Ombok has predicted a bright future for local boxers after years of uncertainty in the ...
Sports
2 weeks ago

Head coach Benjamin Musa decried poor officiating, saying it had denied Kenya a fifth slot in the semis that are slated for Thursday afternoon.
Sports
2 weeks ago

The Africa Zone 3 Boxing light-heavyweight champion now stands to walk away with Sh1.2 million if she bags the title.
Sports
2 weeks ago
Post a comment
WATCH: The latest videos from the Star
by TONY MBALLA
Boxing
19 September 2022 - 05:00
Read The E-Paper