The premier annual showpiece, organised by the continental governing body ABU, is set to run between September 9-18.

•Hit Squad captain, Nick Okoth, and bantamweight Shaffi Bakari — fresh from the Birmingham 2022 Commonwealth Games — headline the list of boxers who will punch furiously on the bag for the national team slots. 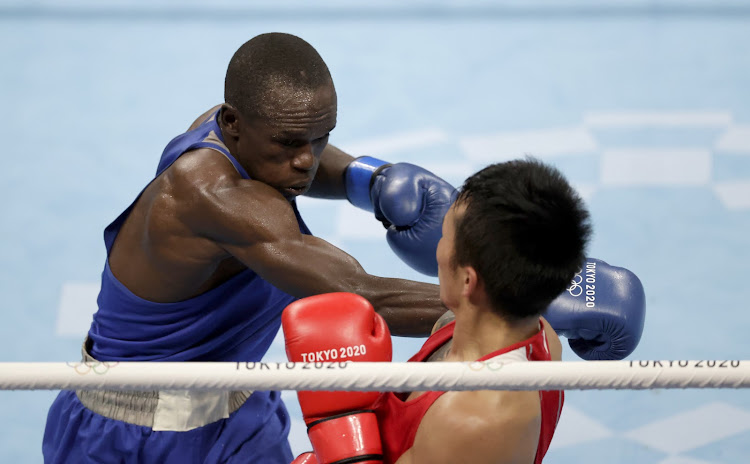 The Boxing Federation of Kenya (BFK) has picked a provisional squad of 72 boxers ahead of the African Amateur Boxing Championships in Maputo, Mozambique.

The premier annual showpiece, organized by the continental governing body ABU, is set to run from September 9-18.

In an exclusive interview on Sunday, BFK national secretary-general David Munuhe said the final squad will be selected after a comprehensive three-day tournament slated for August 25 at Nairobi's Charter Hall.

Munuhe reckoned they had picked the cream of the country.

“We chose the best boxers in their respective weight categories. Our decision was based on individual performance at previous tournaments,” Munuhe said.

“You may have realized that we have more boxers in some weight divisions. That's because the divisions are more competitive and we don't want to make anybody feel left out,” he added.

In a letter addressed to BFK affiliates, Munuhe also said female boxers who have passed the intermediate stage will be allowed to prove their mettle in the trials.

Hit Squad captain, Nick Okoth, and bantamweight Shaffi Bakari — fresh from the Birmingham 2022 Commonwealth Games — headline the list of boxers who will punch furiously on the bag for the national team slots.

Upon arrival from Birmingham a week ago, Hit Squad head coach Musa Benjamin hinted at embarking on immediate preparations.

“Our next focus is the forthcoming Africa Boxing Championship that begins in Maputo next month. Actually, we received an invitation to the tournament when we were still in Birmingham,” Musa said.

“Due to limited time, we shall be meeting next week to organize a tournament at the end of the month where we will select boxers for the event. We hope to raise and deploy a full team.”

BFK's decision to summon 72 boxers to camp is not surprising considering an observation made by Hit Squad coach Musa.

Kenya had only four boxers in Birmingham who were all beaten in the preliminary bouts.

“We could have registered a far much better performance if we had taken more boxers with us to Birmingham,” Musa said.

“A country stands a better chance to win medals if the participants are spread across various weight categories. Unfortunately, we only had four boxers and that only limited our medal prospects,” he added.

During the Brazzaville 2017 Africa Championships in the Republic of Congo, Kenya placed eighth in the medal tally after bagging one gold and four bronze medals.

In Maputo, Hit Squad will look to shake off their torrid run at the Commonwealth Games where the quartet that was tasked with flying the country's flag, crushed out in the preliminary bouts.