Bakari will seek to save face for Kenya after compatriot Nick Okoth crashed out on Saturday.

•Kenya registered the quartet of Bakari, Okoth, Elizabeth Andiego and Christine Ongare for the quadrennial global showpiece in Birmingham.

•Andiego and Ongare have their work cut out on Wednesday. 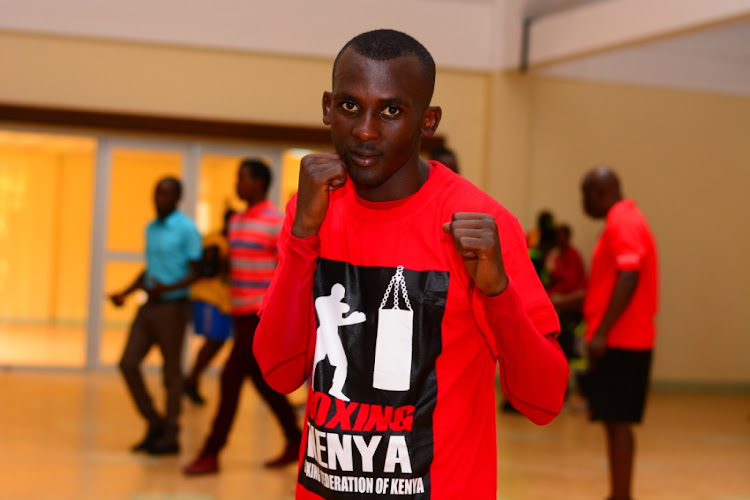 Bakari will seek to save face for Kenya after compatriot and captain Nick Okoth crashed out on Saturday.

Andiego and Ongare have their work cut out on Wednesday.

Okoth, who was the first Kenyan boxer in the ring, was comprehensively beaten by Guyanese boxer Keevin Allicock in the featherweight thriller.

All five judges scored 30-27 each in favour of Allicock.

The exit of the seasoned Hit Squad captain dealt the East African nation a huge blow given he was earlier tipped to replicate his performance at the 2010 Commonwealth Games in Dehli, India where he bagged gold.

However, Bakari might put the disappointment to rest as he takes a stab at a medal on Tuesday.

The 24-year-old National Police Service officer is high on confidence after storming to gold at the 2022 Africa Zone 3 Championship in Kinshasa Congo last March.

Indeed, the hard-battling pugilist, who honed his skills at a gym on the Kenyan coastline of Mombasa, boasts massive experience heading into the bout.

In 2011, Bakari earned his first call-up to the national team for the junior Commonwealth Championship in the Isle of Man in England under current national senior Coach Musa Benjamin.

It was also the same year he was enlisted in the Kenya Defence Forces team. He would later join the National Police Service in 2015 as a constable.

Bakari later joined the National Team Hit Squad where he has cemented his position to date. Bakari made his Commonwealth Games debut at the 2018 Gold Coast Games as a light flyweight.

He then shifted to the flyweight division a year later in a bid to make the Olympic team. That was after the International Olympic Committee (IOC) removed the light-flyweight (49kg) and lightweight (60kg) from the Olympics weight program. His star was on the rise and in 2019, he almost bagged the continental title at the African Games in Rabat, Morocco.

Bakari became the first Kenyan to reach the final in boxing at the Africa Games since light flyweight Suleiman Bilali in 2007 Algiers.

However, after outwitting Ethiopian Dawit Bekele 4-1 in their semi-final contest, Bakari eventually settled for silver when he lost out in the flyweight finals.

Will he go a step further at the National Exhibition Centre Hall 4 in Birmingham?