The last time Kenya basked in international glory was when the late Robert Wangila Napunyi clinched a welterweight gold medal at the 1988 Seoul Olympics. But there are clear signs things are gradually taking a positive turn.

•Hit squad's show at the subsequent events can hardly be described as satisfactory.

•The lengthy two-year lull in boxing activities occasioned by the deadly C0vid-19 pandemic complicated the situation even further. 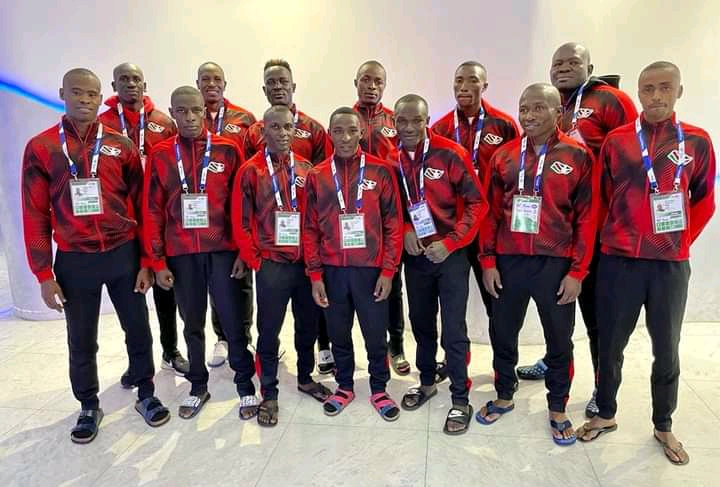 The just-concluded President Jamal Cup held at Charter Hall over the weekend testifies to the Boxing Federation of Kenya's spirited efforts to resuscitate pugilism.

The four-day national trials held out a bright future for the country, judging by the level of brilliance exhibited by budding boxers who gave seasoned Hit Squad members a run for their money.

For a moment, there had been grave concerns in the country that boxing had taken a rollercoaster dive into oblivion. The widespread trepidations are, undoubtedly, justified.

The last time Kenya basked in international glory was when the late Robert Wangila Napunyi clinched a welterweight gold medal at the 1988 Seoul Olympics.

Wangila's feat saw him become the first African to win an Olympic gold medal in boxing after he drubbed Frenchman Laurent Boudani in an action-packed thriller. A right cross in the third round sent Boudani crashing to the canvass resulting in a TKO.

But Napunyi's landmark victory might just as well have spelt the end of Kenya's brilliance on the global scene. Neither medals nor titles have been forthcoming ever since.

The lengthy two-year lull in boxing activities occasioned by the deadly C0vid-19 pandemic complicated the situation even further. In between the lull, Kenya made a failed attempt to reclaim its lost glory.

The Hit Squad first took a stab at the Africa Olympics qualifiers in Dakar, Senegal where featherweight pugilist Nicholas Okoth and compatriot Christine Ongare secured automatic slots to fly the country's flag at the 2020 Tokyo Olympics.

The country got two more slots after superheavyweight Elly ajowi and welterweight Elizabeth Akinyi were handed tickets to represent the continent at the Games based on their superior rankings.

The quartet's performance in Tokyo was nothing to write home about after they all returned empty-handed. There was, nonetheless, a glimmer of hope that Kenya had embarked on a path to recovery following a 13-medal haul at the Africa Zone 3 Boxing Championships in Kinshasa in March.

Ajowi thumped Yegnong Njieyo Maxime of Cameroon in the final of the superheavyweight category to win Kenya’s only gold medal. Other than Ajowi’s gold, Kenya also bagged five silver and seven bronze medals.

However, the Hit squad's show at the subsequent events can hardly be described as satisfactory.

In May, coach Benjamin Musa's charges failed to give a good account of themselves against some well-established and more refined global opponents at the Lenina Regional Sports Complex Stadium in the city of Khabarovsk during the Konstantin Korotkov Memorial International Boxing Championships.

The outcome was a red flag heading into the 2020 Tokyo Olympics.

There has been a flurry of calls by local boxing enthusiasts to have the Hit Squad overhauled in the hope that such a drastic move would rescue the country's fortunes from plummeting further.

The national team coaches, led by Musa, are expected to name a provisional squad after the second edition of the Jamal Cup scheduled for Kisumu in a fortnight.

Hopefully, the new squad will bring about the changes Kenyan's have been yearning for.