Trump to commentate Holyfield vs Belfort match on Sept. 11

•Trump is providing “guest commentary” for the fight, which will take place at the Seminole Hard Rock Hotel in Hollywood, Fla. 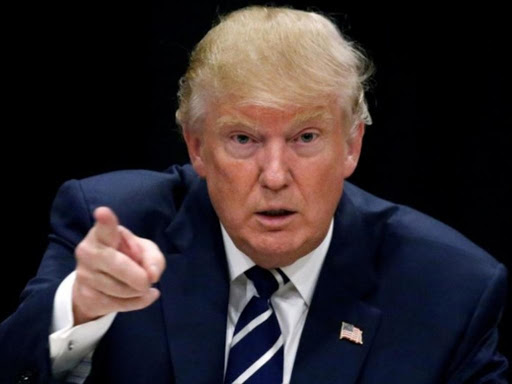 On the 20th anniversary of the Sept. 11 attacks, former president Donald Trump will host and commentate the Triller Fight Club heavyweight boxing match between Evander Holyfield and Vitor Belfort.

“I love great fighters and great fights. I look forward to seeing both this Saturday night and sharing my thoughts ringside. You won’t want to miss this special event,” Trump said in a press release.

Trump has a history with boxing, having hosted several matches at his casinos in the 1980s and ‘90s. In a tweet, FITE called Trump’s contribution “alternative No Holds Barred commentary,” and announced that his son, Donald Trump Jr., will also be participating.

“Wanted you to hear directly from me that despite being fully vaccinated, I have contracted Covid and am not going to be able to fight this weekend,” De La Hoya wrote in a Twitter announcement. “Preparing for this comeback has been everything to me over the last months, & I want to thank everyone for their tremendous support.”

Other fights taking place during the event include Anderson Silva v. Tito Ortiz, David Haye v. Joe Fournier and Andy Vences v. Jono Carroll. Performances will be provided by Anitta, Gente De Zona and Lunay. The fight will be available to watch through FITE for $49.99 in North America and ?13.99 in the U.K.