Why boxing fraternity is a worried lot amid Covid-19 crisis

There have been no boxing competitions in Kenya since March this year when the National Intermediates Championships ended unceremoniously in the aftermath of the first case of Covid-19 in the country.

•Imbenzi reveals that the federation is already liaising with the sports ministry to explore ways of returning to action without fans at ringside.

•Mutua, who promoted Fatuma Zarika’s WBC fight against Argentine Yamileth Mercado during the Nairobi Fight Night, says that most promoters are operating on a shoestring budget as opportunities for corporate sponsorship wither. 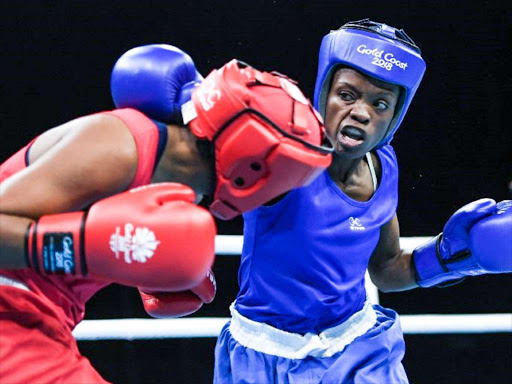 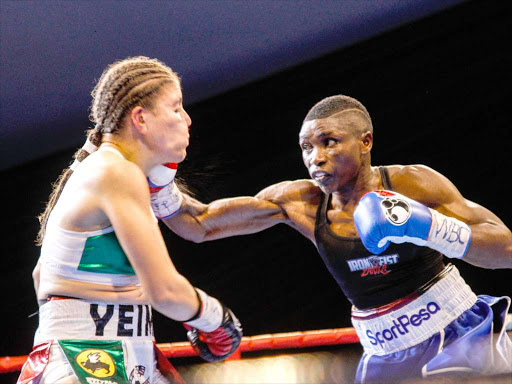 Under normal circumstances, Thomas Mutua would be raking in money from corporate sponsorships and gate revenues as he stages boxing fights after fights.

Mutua, a boxing manager and promoter at Afri-box Promotions, is among countless stakeholders in the boxing industry who are feeling the wrath of Covid-19 restrictions on sporting activities in the country.

When Sports CS Amina Mohamed announced the modalities for resumption of sports in September, Mutua and other boxing stakeholders hoped that she would okay the resumption of boxing activities.

However, being a high-risk contact sport, boxing remains suspended as the government fights to curtail a pandemic that has thus far claimed 1,409 Kenyans. This is disheartening news for the boxing industry as financial taps continue to run dry.

Mutua, who promoted Fatuma Zarika’s WBC fight against Argentine Yamileth Mercado during the Nairobi Fight Night, says that most promoters are operating on a shoestring budget as opportunities for corporate sponsorship wither.

“Most corporates have been compelled to reduce their marketing budgets due to the pandemic. It is worse that we can’t stage shows without fans due to Covid-19 restrictions. Gate collection is part of revenue earning from these shows and helps to boost the fight budget,” he bemoans.

There have been no boxing competitions in Kenya since March this year when the National Intermediates Championships ended unceremoniously in the aftermath of the first case of Covid-19 in the country.

The amateur boxing governing body, Boxing Federation of Kenya (BFK), cancelled all upcoming events under its jurisdiction in line with the government’s ban on social gatherings. A number of pro fights on paid ranks that were earmarked for the year also came a cropper due to the evolving situation. 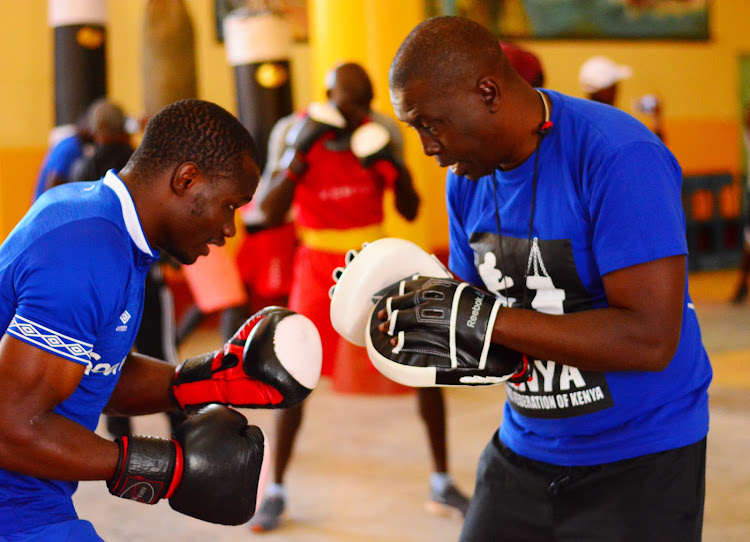 The key stakeholders affected by the current state of affairs are pugilists who depend on the sport to earn their daily bread.

Kenya Professional Boxing Commission (KPBC) Franklin “Kuka” Imbenzi  laments over the effect of the pandemic on boxers who depend on the sport for sustenance.

“There is little we can do because health supersedes every facet of the game. Covid-19 has denied bare chested boxers a livelihood. Most of them play the sport to earn an income. But since there is nothing for now, they are forced to supplement with other options to eke out a living,” he says.

Boxers were part of the government’s Covid-19 cash transfer programme, where each one received Sh10,000 for two months rather than the initially agreed three months. However, this amount can only sustain them for so long.

As fingers remain crossed for the resumption of boxing activities under stringent Covid-19 guidelines, the million-dollar question is will boxing return to normalcy?

Mutua is bracing up for tougher times ahead as stakeholders struggle to raise funds required to institute these guidelines. “Flying in foreign boxers for title fights will also be a challenge depending on the various Covid-19 restrictions from different countries considering when the government will open up boxing activities. Covid-19 requirements for promoters will be very expensive making it impossible to put up a boxing show in the country because of the losses we will incur,” Mutua says.

A boxing official who wishes to remain anonymous believes the conditions for resumption of boxing activities are untenable for stakeholders considering the sport was already on its knees even before the pandemic struck. 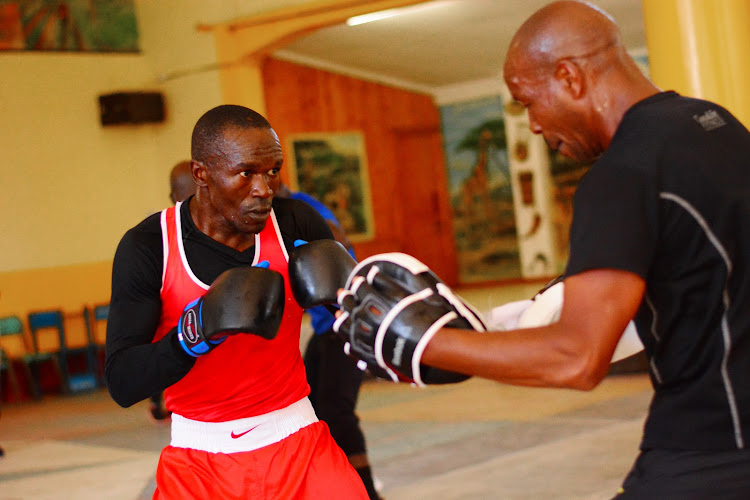 Nick Okoth in action during a training session
Image: FILE

“With the current state of affairs, it’s quite difficult to know if boxing will be the same again. We all anticipate a comeback when the protocols are reviewed for contact sports. As is the case across the globe, the sport is gearing up for a behind-closed-doors return, meaning many things like spectators will have to change and be a thing of the past and this takes away the entertainment aspect of the game,” the official says.

Imbenzi reveals that the federation is already liaising with the sports ministry to explore ways of returning to action without fans at ringside.

“We have written to the Sports Cabinet Secretary, Amina Mohamed and we intend to have our first virtual event on December 12th behind closed doors, where we shall host Commonwealth super lightweight female title and ABU heavyweight title,” he says.

However, he is not under any illusion that it will be business as usual for the boxing fraternity.

“All in all, things will be very tricky because sponsors want value for money and without fans in the arena, the matches lose their value. The Covid-19 pandemic has dealt a major blow to  promoters. The only ones who may be lucky are those whose events will be broadcast live on TV or social media platforms. TV could be the game changer,” Imbenzi says.

Apart from an income generator, boxing is also a passion for many boxers who feel fulfilled whenever they step into the ring.

An extended period of inactivity has demoralised many who subsequently lack match fitness due to many months of training inactivity. 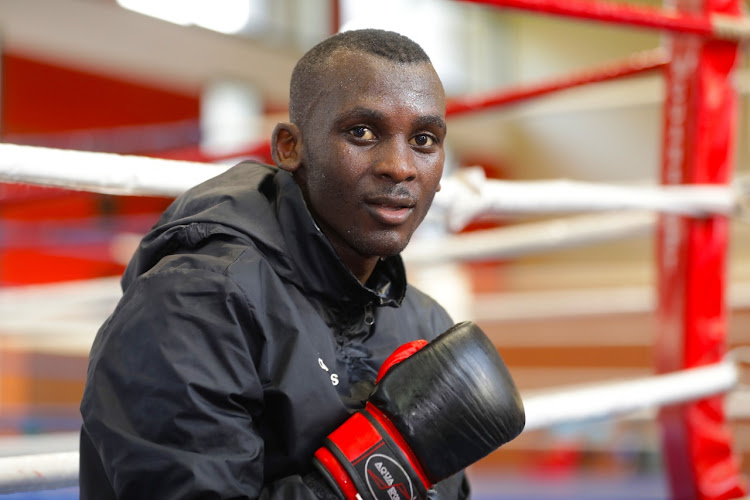 “A promoter needs well trained boxers to fight in the shows and in this case. Most of the boxers have been inactive due to closure of the training facilities,” Mutua says.

Thirsting for some action in the ring, various Kenyan boxers are increasingly trooping to neighbouring Tanzania for competitive matches where business is as usual— oblivious of the Covid-19 threat.

Former World Boxing Council (WBC) super bantamweight champion Fatuma Zarika made her comeback a fortnight ago in the Dar Fight Night, where she won her eight-round bout against Zimbabwean Patience Mastara.

The national boxing team, the Hit Squad, is also set to participate in the ‘Mabingwa wa Mabingwa’ tournament in December as part of their preparations for the Tokyo Olympics qualifiers.

This means that boxing enthusiasts remain starved of action and have to be content with watching international boxing matches through their TVs or social media.

However, this may not provide the thrill of watching opponents throw jabs and floor one another onto the canvas.

The sentiments expressed by the stakeholders herein indicate that they will have to wait longer before booking ringside seats to savour a game of “hooks” and “jabs”.