•He thanked the GOA for the gesture while also presenting the team with 12 balls and wished them well in the national league.

•Area MP Mark Mwenje said what they have done for the community will be remembered for a long time to come. 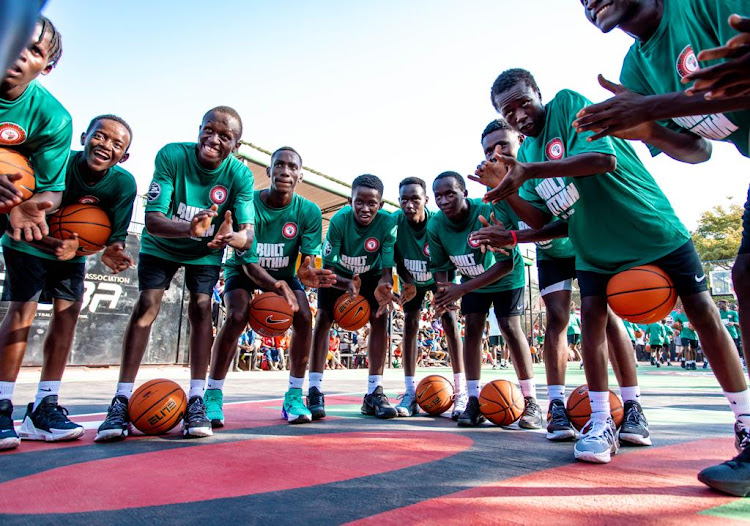 Some of the players who participated in the launch of Umoja 2 Basketball Courts
Image: HANDOUT

Speaking during the unveiling of the Umoja 2 Basketball Courts by Giants of Africa,  KBF secretary Ambrose Kisoi, said they are in talks to have some top matches played there.

"We have talked to the Umoja team manager and we have agreed to bring some of the games here. For economic purposes, it will be prudent to have several games here," said Kisoi.

An excited coach Kevin Sunguti said hosting home games at Umoja will be a real boost to the team and the community as the matches will be a crowd puller.

"We want to have our home games here. If we can play at Strathmore and University of Nairobi  courts, why not here?" Sunguti posed.

The team's financial kitty was also improved by the Area MP Mark Mwenje who made a part payment of the league fee of Sh 25,000. "I grew up in a place like this. We believe Africa is the future and Africa is now," he said.

The Umoja court was the 26th by GOA in Africa and the third in the last week in Kenya. On Friday they unveiled similar facilities in Dagoretti and Kayole 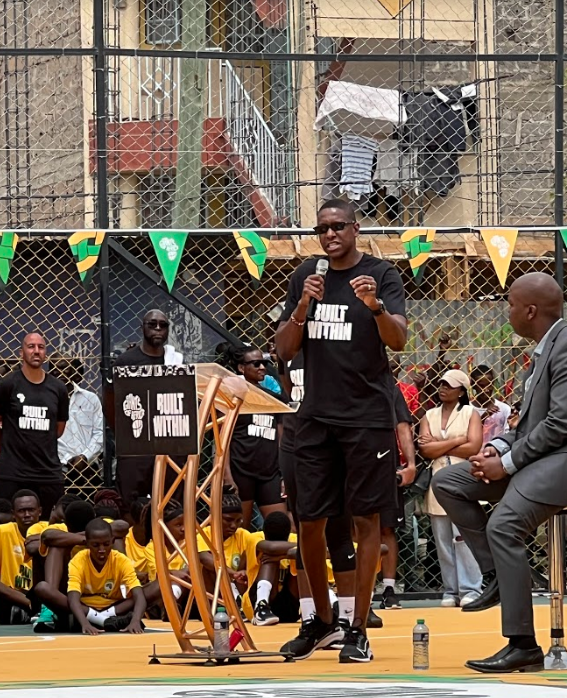 "Sports has changed a lot and sooner or later so many pros will come from Umoja and Kenya," noted Wanyama, who is the father to Kenya Morans centre, Tom Wamukota.

He thanked the GOA for the gesture while also presenting the team with 12 balls and wished them well in the national league.

Mwenje said what they have done for the community will be remembered for a long time to come.

"We are grateful for what you have given us today but we still need more. Sports mean a lot to this country."

GoA co-founder Masai Ujiri told the youngsters that he was creating opportunities for them and that they just need to believe in themselves.

"We have to give these youngsters opportunities and we feel that the best opportunities are infrastructure," said Ujiri who is also Toronto Raptors Vice President.

The bankers took a 19-17 first quarter margin after an opening trey by Victor Ochieng but the losers’ Timothy Oyoo took over, collecting 14 of the ...
Sports
2 weeks ago

The soldiers got off to a bright start, taking 11-8 lead in the first quarter before three three-pointers from Eric Mutoro gave them a 21-14 cushion ...
Sports
2 weeks ago
Post a comment
by DANN O’WERRE
Basketball
24 January 2023 - 05:00
Read The E-Paper