Strathmore have two matches on the card as KNBL resumes

•The varsity side face off against former champions Ulinzi Warriors tomorrow in a tight encounter.

•Coach Tony Ochieng is aware of the task ahead and hopes self-belief and determination will be key to his charges' success. 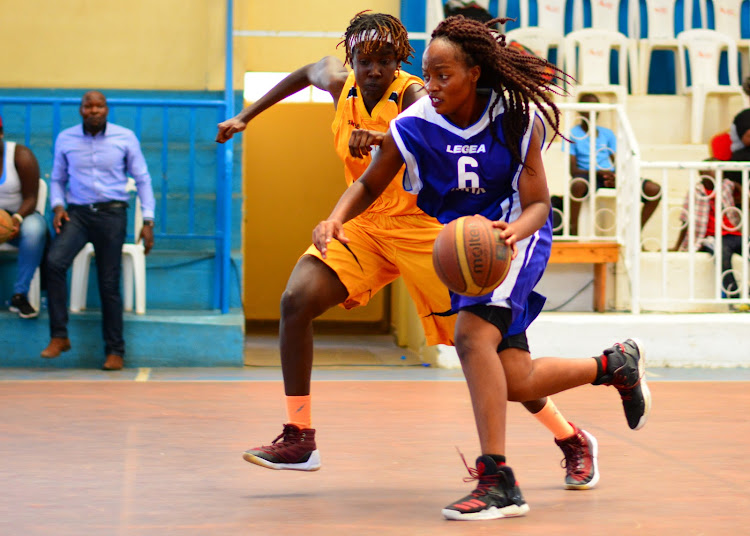 This will be a critical driver for the league that took a month's break during the December holidays.

The varsity side face off against former champions Ulinzi Warriors tomorrow in a tight encounter.

A win for the Blades will see them push for a top-four finish. They return on Sunday to confront Equity Bank Dumas, another team that is also eyeing their first title after reaching the finals last year.

Coach Tony Ochieng is aware of the task ahead and hopes self-belief and determination will be key to his charges' success.

Equity Bank Dumas started their training last week and must get off to a strong start in this last leg to boost their post-season finish.

In the women's matches, Zetech University Sparks, boosted by having five players named to the provisional national team, play Storms.

Storms, who also have Liz Abayo and Celia Makungu knocking on the door of the Kenya team, will have to show class to stop Sparks.

Zetech have Christine Akinyi and Ashley Minayo to lead the team whose other fixture includes a match against Africa Nazarene University's Panthers.

ANU's Wolfpacks' coach Mike Oluoch had a good run in the first leg but lost some close calls. They face Umoja who stunned the soldiers. The 25 matches planned for this weekend in Nairobi, Mombasa, and Nakuru include lower-division matchups.

Snipers have a date with Neosasa as Absa also meets Blazers in interesting matchups in the men's category.

The varsity side have a tight schedule as they are lined up to face former champions Ulinzi Warriors on Saturday and Equity Bank Dumas a day later.
Sports
1 week ago

Nairobi, Kisumu in basketball quarters as Kicosca Games hot up

In football, Kajiado and Vihiga counties have progressed to the last 16 from Pool ‘D’.
Sports
1 week ago
Post a comment
by BY DAN OWERRE
Basketball
20 January 2023 - 05:00
Read The E-Paper