NBA playoffs set to kick off on October 1

The provincial league regular season that started on April 23 with a total of 41 teams in the two categories, will end late September.

• "The men will start off the two conferences with the round of sixteen after two game elimination, the winners will move to the quarters," he said. 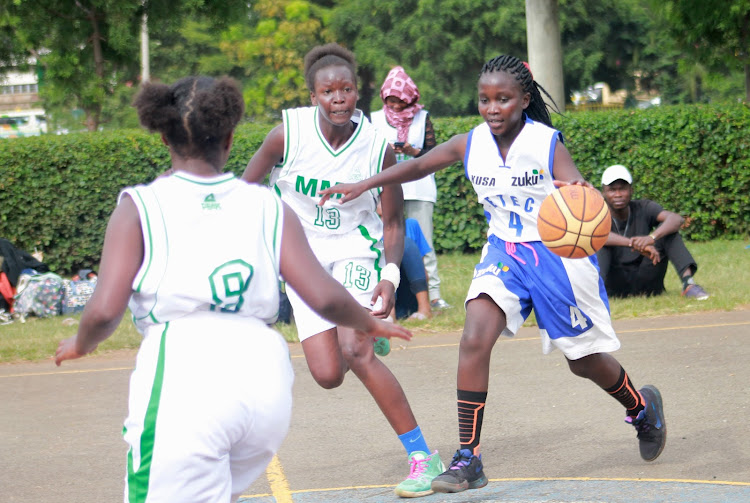 Fixtures secretary Caleb Osewe has announced that the 2022 Nairobi Basketball Association (NBA) playoffs will tip off on October 1.

The provincial league regular season that started on April 23 with a total of 41 teams in the two categories, will end in late September.

"All teams are expected to finish the matches later next month. After that I will draw the fixtures for the post-season," said Osewe.

He said the top eight teams from the two men's conferences will advance alongside another eight from the women's category.

"The men will start off the two conferences with the round of 16. After two game elimination, the winners will move to the quarters," he said.

"The ladies on the other hand will go straight to the quarters which will be played on the best of three series."

Kivuli are leading in the Eastern Conference race, having bagged 37 points from 21 games. They have lost five games.

Unbeaten Moischers are second on 36 points from 18 matches while Africa's Dream are third with 35 points from 19 games. Clique Mambas are leading in the Western Conference with 36 points from 15 games after a 61-54 win over second-placed Allstars.

Allstars have 35 points from 20 matches with Zetech University third on 32, same as the fourth-placed Kenya Methodist University (Kemu).

Dream Girls are topping in the ladies' categories with 28 points from 15matches having lost two games.

Unbeaten Stanbic Bank are second with 26 points from 13 games followed by Gladiators who have 25 points from 16 matches.

Coach Juma Kent said he is in talks with the Ministry of Sports to have the girls team make it to Cairo for the championship.
Sports
1 month ago

Coach urges Ulinzi to punch above their weight in the league

•Ulinzi are top of the 12-team table with 11 points from six matches. They have only lost one match to Kenya Ports Authority (62-54).
Sports
2 months ago
Post a comment
WATCH: The latest videos from the Star
by DANN O’WERRE
Basketball
12 August 2022 - 05:00
Read The E-Paper