Coach Juma Kent said he is in talks with the Ministry of Sports to have the girls team make it to Cairo for the championship.

• Kent also said his focus in the Kenya National Basketball League (KNBL) this year is to have the team reach the Play-off finals. 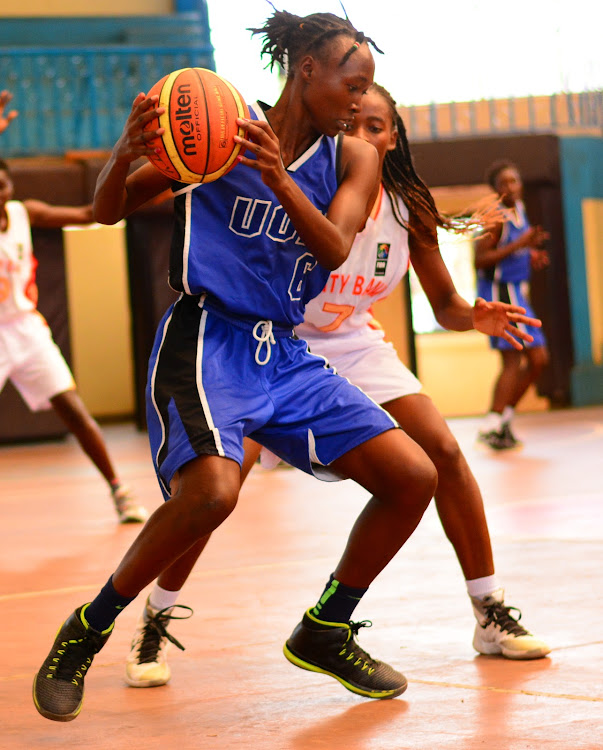 University of Nairobi “Dynamites” 3x3 team will travel to Egypt next month for the RedBull World Tour Cup.

Coach Juma Kent said he is in talks with the Ministry of Sports to have the girls' team travel to Cairo for the championship.

“Once the general elections are over and everything is clear, we will chart our training program ahead of the tournament,” said Kent.

“I am also negotiating to see if the team can train at the Nyayo National Stadium gymnasium,” he said.

He said he is currently working on the travel documents for the players who do not have them.

“We will prepare adequately for the show. With good preparations, I am sure we will not disappoint,” he noted.

Dynamites qualified after defeating the Deaf Team 21-0 in the finals at UoN in November last year.

Kent also said his focus in the Kenya National Basketball League (KNBL) this year is to have the team reach the Play-off finals.

So far, he said the team who has won four out of their five games played,  bagging nine points.

“We want to go past the semi-finals this season because, in 2019 and 2021, we finished fourth in the regular season,” Kent noted.

He, however, said all will depend on how the team will perform against Equity Bank, Zetech University, and Strathmore University teams.

Dynamites have only lost to Kenya Ports Authority (KPA) but exploded on Kenyatta University “Oryx”, Storms, Eldonets and Eagle Wings.

Kenya 3x3 team exits in quarters due to inexperience

"The aim of the tournament is to connect local and foreign teams to help nurture talent in the country and by extension the region," said the ...
Sports
2 months ago
Post a comment
WATCH: The latest videos from the Star
by DANN O’WERRE
Basketball
09 August 2022 - 05:00
Read The E-Paper