Knight, who joined the porters from Storms, poured in 18 points while Selina Okumu recorded 11.

•Storms who suffered a 95-43 loss at the hands of KPA in Mombasa recovered to whitewash Eagle Wings 69-32.

•KPA men subjected Strathmore University Blades to their first loss in four matches when they posted a 54-46 win. 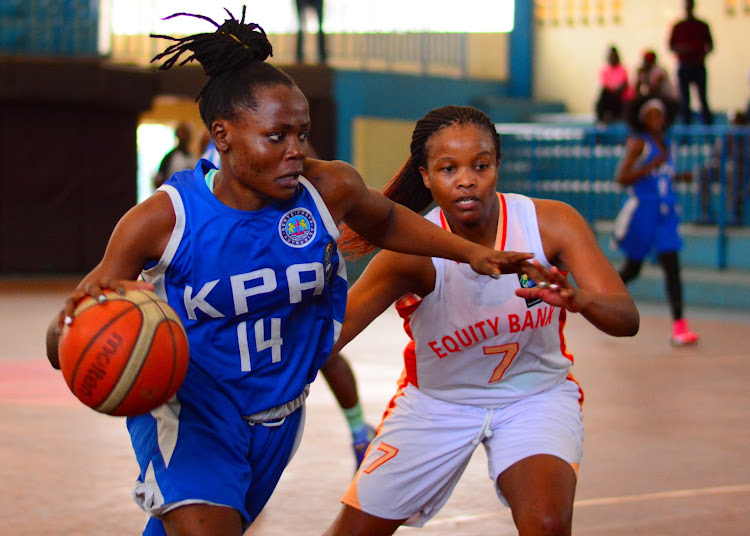 Knight, who joined the porters from Storms, poured in 18 points while Selina Okumu recorded 11.

She also posted 10 in a 59-42 triumph over Strathmore University Swords.

"Jemimah has brought healthy competition and a good outside game for us. Her presence is also being felt in defence," said KPA tactician Anthony Ojukwu.

"In our game today (Sunday) we were a bit relaxed, the players were a bit composed, unlike yesterday (Saturday)."

His counterpart Mike Oluoch said he was not surprised by the loss.

"I had only six players since most of my players have been unwell and so we have not trained," Oluoch said.

"It was an easy game. We are moving the ball well in attack but we need to perfect our defence," said Sparks coach Maurice Obilo after his third win in a row.

"Jkuat had their chances but they never made them count. We must keep our opponents out of our 'D', something we must work on going forward," said Jkuat coach Mary Chepkoi. "It is a learning curve for Lynx as we strive to get better in the league."

Storms, who suffered a 95-43 loss at the hands of KPA in Mombasa, recovered to whitewash Eagle Wings 69-32.

Equity Bank Dumas recovered from a 64-61 overtime slip up against Thunder the previous day to defeat Umoja 52-45 in a men's fixture.

"We are still struggling as we haven't trained well. I have good players but we are not a great team yet. We will pick up in a few weeks once our training peaks," said the bankers' coach Carey Oketch.

KPA men subjected Strathmore University Blades to their first loss in four matches in a 54-46 win.

KPA women, who humbled Storms 95-43 in their only tie in Mombasa two weeks ago, will take on Strathmore University Swords and then ANU.
Sports
3 months ago

Thunder lost their season opener 76-69 to Strathmore University Blades but their tactician said he is prepared for the task ahead and is optimistic ...
Sports
3 months ago
Post a comment
WATCH: The latest videos from the Star
by DANN O’WERRE
Basketball
27 June 2022 - 05:00
Read The E-Paper