• “I don’t even know what to say. I can’t believe what just happened,” said Banchero.

• Polish-American Jeremy Sochan, who grew up in Southampton and Milton Keynes, was selected by the San Antonio Spurs with the ninth pick. 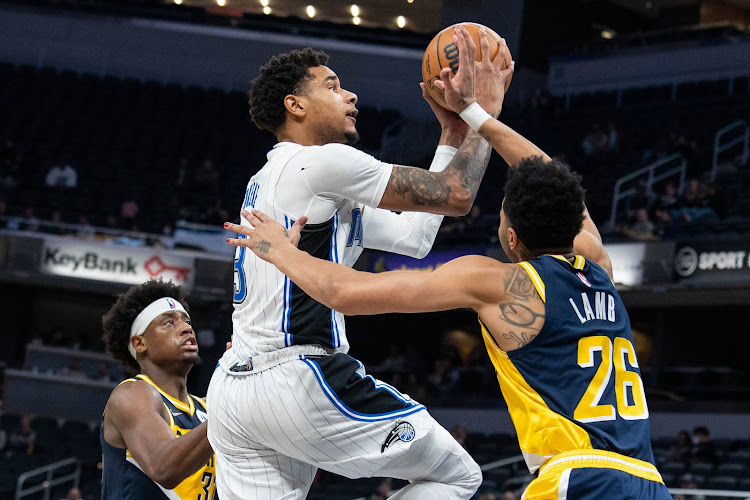 Paolo Banchero has been selected as the number one pick at the NBA draft by the Orlando Magic.

Magic finished bottom of the Eastern Conference with the second-worst record in the NBA last season at 22-60.

“I don’t even know what to say. I can’t believe what just happened,” said Banchero.

“I wanted to be in the NBA but I didn’t know I would be here.”

Banchero, who is the fifth Duke player to be the number one overall pick, was a surprise selection by Orlando with many experts thinking Auburn forward Jabari Smith would be drafted first.

The Oklahoma City Thunder chose Gonzaga’s Chet Holmgren with the second pick while Smith was selected third by the Houston Rockets, who had the NBA’s worst record last season at 20-62.

Polish-American Jeremy Sochan, who grew up in Southampton and Milton Keynes, was selected by the San Antonio Spurs with the ninth pick.

The 19-year-old was born in Guymon, Oklahoma, before his family moved to the UK when he was two-years-old.

Eligible to play for the USA and Team GB — in the end he chose to represent Poland, the country of his mother’s birth.

In the 75-year history of the NBA only seven players developed in the UK have played in the league. Luol Deng, John Amaechi and Robert Archibald among the most notable names.

In fact, the last British player to enter an NBA draft was Ryan Richards in 2010 ­— and although he was drafted by the Spurs — he never played a game for the team.

Gary Harris' sixth triple of the game tied the score at 108 with 1:51 remaining.
Sports
7 months ago
Post a comment
WATCH: The latest videos from the Star
by BBC
Basketball
25 June 2022 - 00:00
Read The E-Paper