•KPA were posing all sorts of problems for the soldiers but a Bosire lay up midway through the third stanza had the scores 23-29 prompting a porters time out. 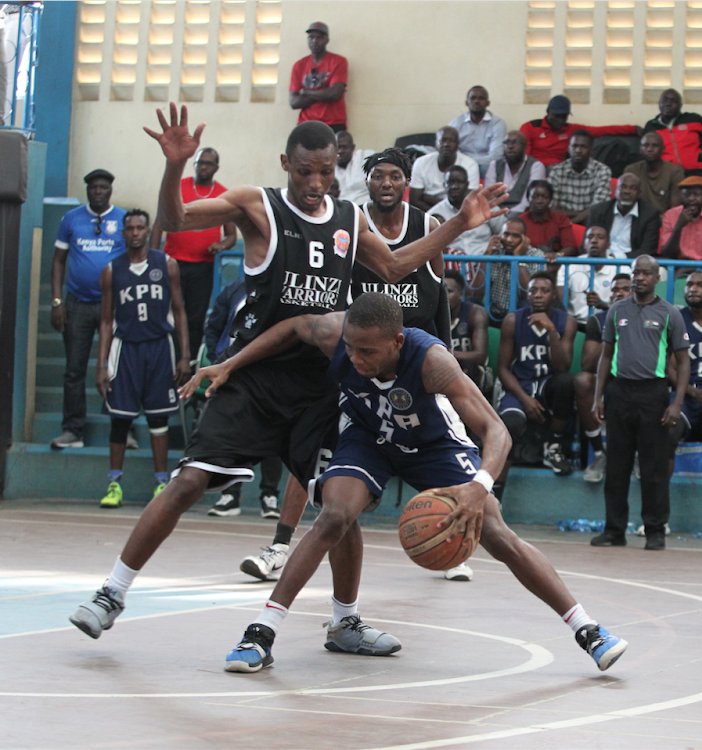 The porters beat champions Ulinzi Warriors 80-61 in Game Five at Nyayo Stadium to reclaim the crown they last won in 2017.

"Our defence won it for us. It generated a lot of offensive moves from the jump ball," said KPA coach Sammy Kiki. "We had a pre-game meeting in the morning in which we agreed to cut their penetration and stop their outside shots. While they did move in, we denied them the outside shots."

"Only Jemo (Mwangi) and (Erick) Mutoro hurt us but only just," observed Kiki.

It was Job Byron who opened the scoring for KPA, connecting for all five to take a 5-0 cushion before David Ouma replied with five of his own to lock the duel at 5-5. KPA then had it 10-5 as the champions, unable to crack KPA tight defence, struggled.

Martin Kitongo made it 13-5 on a turnover. Ulinzi's doing remained their defence. Each time they missed, KPA triggered a break and would have been away if they were more efficient.

Frank Mayoti checked in, spun inside and hit a shot for a 24-14 KPA cushion then Philip Odhiambo had it 26-16 as the first quarter ended.

KPA were posing all sorts of problems for the soldiers but a Victor Bosire layup midway through the third stanza had the scores 23-29 prompting a porters time out.

Odhiambo scored before punishing a careless Warriors' turnover for a 35-23 advantage and soon made another. Byron and Wanje pepped KPA with 14 and 13 points respectively as KPA took the first half 41-32.

Ulinzi took the fourth quarter with a close 18-17 range but the damage had been done. "Our ball-handling was poor and our distribution wasn't good either. We also had a poor shot selection," noted Ulinzi assistant coach Ben Mufutu.

Head coach William Balozi pointed out: "They killed us on the fast break. We couldn't balance the court and worse still, our three-pointers refused to go in."

Byron led with 19 points, Odhiambo and Wachira collected 15 each and Wanje tallied 11 for the new champions. Mwangi made 17 and Mutoro 15 for Ulinzi.

The series between the country's top two teams is now locked at 2-2 with the title-decider set for Monday at the same venue.
Sports
2 months ago