The first round, which is frequently a snooze, is full of intrigue this year.

•The defending champions Milwaukee Bucks and last year's runners-up the Phoenix Suns are the favourites but plenty of other teams have the firepower to get to the promised land.

•But since Irving has returned full-time, the Nets have a top 10 offence and defence, and Irving and Kevin Durant sent a message to the league when they dominated the Cleveland Cavaliers in the play-in tournament. 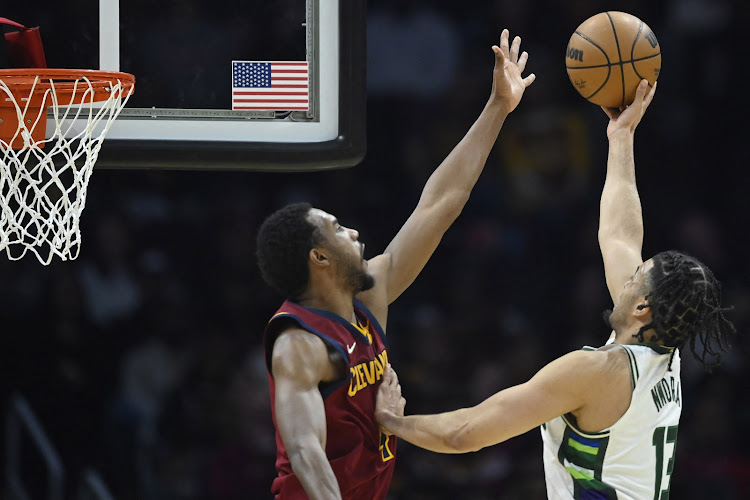 The NBA playoffs are wide open this year and will start with a bang on Saturday as 16 teams begin their quest to hoist the Larry O'Brien trophy in June.

The defending champions Milwaukee Bucks and last year's runners-up the Phoenix Suns are the favourites but plenty of other teams have the firepower to get to the promised land.

The first round, which is frequently a snooze, is full of intrigue this year.

It all starts in the Eastern Conference and the must-watch first-round matchup of the seventh-seeded Brooklyn Nets and the second-seeded Boston Celtics.

The star-studded Brooklyn squad came into the season with high expectations but struggled when point guard Kyrie Irving missed time due to his refusal to take the Covid-19 vaccine and James Harden was traded to Philadelphia for the injured Ben Simmons.

But since Irving has returned full-time, the Nets have a top 10 offence and defence, and Irving and Kevin Durant sent a message to the league when they dominated the Cleveland Cavaliers in the play-in tournament.

Simmons is expected to make his debut with the team at some point during the series, which would bolster their defense.

The Nets will face a deep, defensive-minded Celtics squad led by Jayson Tatum, who gets his chance to prove he is truly among the NBA's elites when he faces off against Durant.

The Celtics will also look to take advantage of their home-court advantage when they play before their rabid fans at TD Garden.

The second-most anticipated first-round matchup in the East will see the Joel Embiid-led Philadelphia 76ers square off against the fifth-seeded Toronto Raptors, who have seen Pascal Siakam soar to new heights this season.

The series could come down to how former MVP Harden, who sought the trade to Philadelphia in February, performs against Toronto's switchable defense.

Giannis Antetokounmpo and the third-seeded Bucks are expected to make quick work of a Chicago Bulls squad that will be without injured point guard Lonzo Ball.

The experienced, top-seeded Miami Heat have a deep bench and should also ease past their first-round opponent - either the Cavaliers or the Atlanta Hawks, who compete in their playoff play-in game on Friday.

The marquee first-round matchup in the Western Conference will pit the third-seeded Golden State Warriors against the sixth-seeded Denver Nuggets.

Warriors fans breathed a sigh of relief when it was reported on Thursday that two-time MVP Stephen Curry will be back from a foot injury in time for the tip-off on Saturday in San Francisco.

The squad went 1-7 after losing Curry on March 16 but regrouped to win their final five regular-season games and hang on to the third seed.

Even with Curry's scoring, the Warriors' defence will have the tall task of trying to slow down likely back-to-back league MVP Nikola Jokic.

The Nuggets will be without Jamal Murray and Michael Porter Jr. so Jokic will need to be dominant for Denver to defeat a Warriors team that boasts sharp-shooting guards Curry, Klay Thompson, and breakout star Jordan Poole.

The fourth-seeded Dallas Mavericks suffered a serious setback in the meaningless final game of the regular season when Luka Doncic strained his calf.

Doncic is not expected to suit up for Game One and it is unclear when the team's most important player will be back. If he can not return or is not at full strength, the Donovan Mitchell and Rudy Gobert-led Jazz should run away with the series.

The second-seeded Memphis Grizzlies and their electrifying point guard Ja Morant will face Patrick Beverley and a fired-up Minnesota Timberwolves team coming to their play-in win over the Los Angeles Clippers.

And finally, there are the Suns, who posted a league-best 64-18 record during the regular season and are favored to win it all after coming two games short of that goal last season.

The well-oiled squad should cruise past either the New Orleans Pelicans or Clippers in the first round and, barring injury setbacks, will continue to be the team to beat as they strive to bring the franchise's first Larry O'Brien trophy to the desert.

The team has fired Frank Vogel, the coach who led them to the NBA title in 2020.
Sports
2 months ago

Brooks, 23, has registered a combined 20 points, six rebounds and three steals in his past three games for Toronto.
Sports
3 months ago