The national women's team will be making their second appearance at next month's Deaflympic Games in Caxias do Sul, Brazil

•The She-Cheetahs are presently in residential camp training at Moi Stadium, Kasarani

•National team coach Chepkoi is optimistic they will go one better than their performance in Samsun, Turkey 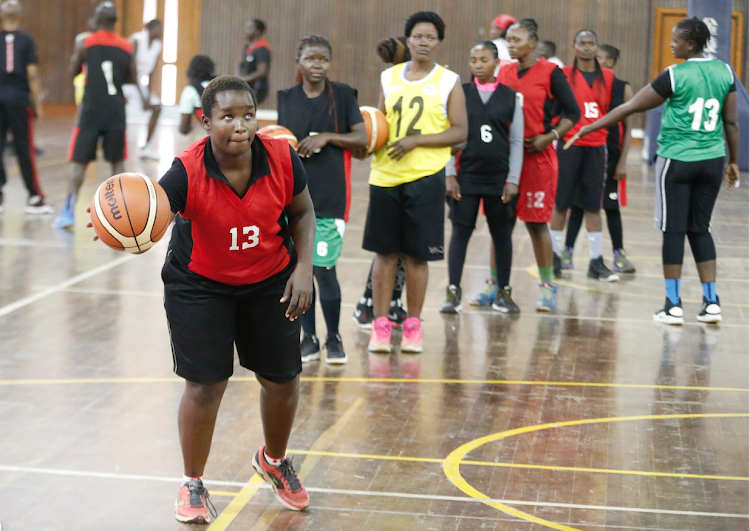 National deaf women's basketball team Mary Chepkoi has called for the formation of a league to grow the game in the country.

Chepkoi said a countrywide league will provide players with regular playing time and enhance their experience at the international level.

"Our team has players coming from different counties mainly Nairobi, Kisumu, Mombasa, and Kajiado, which is a bit of a challenge because most of these players are not actively participating in basketball games," Chepkoi said.

She added: "Most of the time they start working together when there’s an assignment coming up, thanks to the Government facilitating the same."

The She-Cheetahs are presently in residential camp training at Moi Stadium, Kasarani in preparation for next month's summer Deaflympic Games in Caxias do Sul, Brazil.

They secured their second-ever appearance at the quadrennial show last year after their would-be opponents failed to turn up in Nairobi for the Africa qualifiers.

Chepkoi says Kenya should build upon their qualification for Samsun, Turkey and Caxias do Sul to scout countrywide for talented players and mould them into world-class.

"We are hoping to start moving around counties and developing the game so that in the next three years we have a solid team that is well equipped with skills coming to camp just to polish up on the same as well as build chemistry among the players. This will definitely bring good results," she said.

Regarding their Deaflympiad campaign, Chepkoi is optimistic they will go one better than their performance in the 23rd edition.

"Our expectations with the Deaflympics Championship 2022 are, to come home with better performance than what we had in the previous Championship in 2017 in Turkey. We are confident this is going to be achieved," she said.

Likewise, team manager Samuel Ouma, believes the team is not only carrying the hopes of Kenya but Africa as well.

"Kenya, the only country in Africa which has been representing the African continent in those Deaflympic games, has proved that we are the real kings of Deaf Basketball in Africa. The tremendous improvement in previous Deaflympics has seen Kenya leapfrogging some powerhouse teams such as Spain, Italy, China, and the hosts' Brazil in the world ranking," Ouma said.

She-Cheetahs are currently ranked 9th out of the 12 teams worldwide whereas their male counterparts are 13th out of 25 nations.

The Eldoret-born competed in 2017 in Samsun, Turkey and finished fifth overall and the first in Africa in the aftermath of the 23rd edition of the ...
Sports
2 months ago

The players are set to go through a mental awareness session on Friday April 8, 2022 to be conducted by the Chiromo Hospital Group.
Sports
2 months ago

Mental health has been a major problem for many Kenyan sportspersons, some of who are unable to perform well on the pitch or track
Sports
2 months ago
by OMONDI ONYATTA
Basketball
14 April 2022 - 05:00