•The other trio expected to shore up the team include Dubai-based, captain Rose Ouma  and the U.S.-based duo of Felmas Koranga and Brenda Wasuda 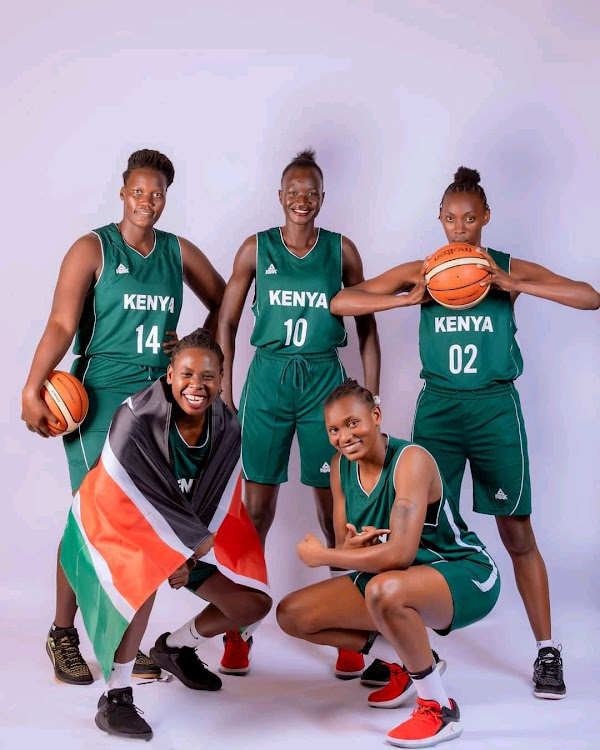 Kenya national women's basketball team player Victoria Reynolds has arrived in the country from her United States station in readiness for this month's AfroBasket Women Championship in Cameroon.

Kenya Basketball Federation (KBF) chairman Paul Otula, said Reynolds is among four diaspora-based players who will join the team as they up preparations for the the September 18-28 festival in Yaounde.

“Vicky did us proud in the qualifiers. We are happy that she has arrived and joined the rest of the team in training. The others will join in to give the team the much needed experience during  the tournament," Otula said.

Reynolds made her debut for the national side during the FIBA AfroBasket Zone Five qualifiers where  she was named the most valuable player and  one of the top five best players.

The other trio expected to shore up the team include Dubai-based, captain Rose Ouma  and the U.S.-based duo of Felmas Koranga and Brenda Wasuda all of who were key for Lionesses in last month's qualifiers in Kigali, Rwanda.

Otula is confident the women's team can replicate the exploits of their male counterparts at the continental level.

The Morans put up a spirited fight in the recent FIBA AfroBasket Championships in Kigali, Rwanda, losing 60-58 to South Sudan in the pre-quarters after an impressive 72-66 win over former African giants Mali in a Group C encounter.

Otula  hailed them for their exploits and expressed confidence the team will only get better in the future.

“They had an exemplary performance in the championship and flattened the curve in the continent. The event showed that there is no favourites and that any team is in a position to win a trophy.’’

He said that 90 percent of Morans will still be available for the next championship because of their age, which is good for continuity.

“Because of the experience they have gained out there, we are confident that their performance in the next tournament will be better.’’

Otula also commended Morans' coach Liz Mills who was feted by FIBA Africa as the first women to lead a men’s team in the AfroBasket that ended in Kigali on Sunday.