It was the Kenyan back court pair of Melissa Akinyi and Victoria Reynolds who destroyed the home girls’ efforts to play in the final.

• "We knew we won't have another chance to play a semi and that called for a better game, " observed Akinyi, who registered team high 22 points. 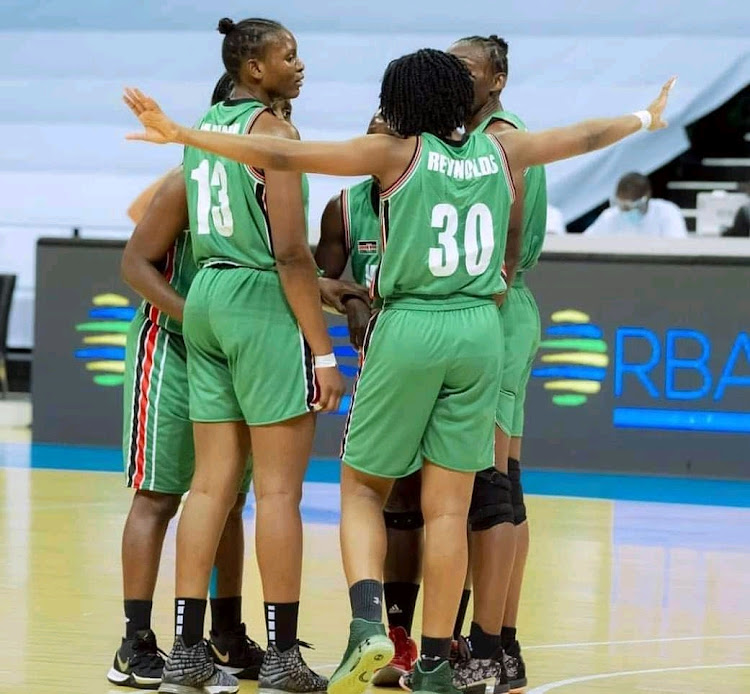 They will meet reigning champions Egypt who beat South Sudan 99-65 in the other semis. The North Africans beat 107-106 in their earlier meeting in the preliminary rounds on Wednesday.

It was the Kenyan back court pair of Melissa Akinyi and Victoria Reynolds who destroyed the home girls’ efforts to play in the final.

"Considering how we played against Rwanda in the first match, we knew we did not play well and we watched the videos of that match an worked on our mistakes, " said Akinyi, the vice captain.

"We had a slow start today and after trailing by eight points, we knew something had to change. That timeout in the first half was the turning point."

"We knew we won't have another chance to play a semi and that called for a better game, " observed Akinyi, who registered team high 22 points.

It was sweet revenge for the Lionesse, who had got off to a false start in the tournament opener - going down 77-45 to the hosts on Monday.

The home girls got their grip early breaking off to an 8-0 lead before Natalie Akinyi made two free throws. The points ignited a strong Kenyan run that silenced the home crowd.

Rose Ouma, Felmas Koranga, Reynolds and Melissa all connected as Lionesses roared to a 22-8 cushion before Rwanda's Tierra Henderson banked a three.

But before they settled on defence, Melissa replied with a three of her own as Kenya finished the first quarter with a 25-11 advantage.

The visitors continued to punish their opponents in the second quarter as Reynolds, impeccable from the line, swished two more foul shots and Ouma hit a pair for a 42-23 half time margin.

At this juncture, Melissa and Reynolds continued their inroads. They were good for 13 and 10 points while Koranga had eight with Henderson sinking 8 for the host.

Kenya seemed to have done their home work well as they kept tormenting Rwanda and a Reynolds trey had it 50-24 with 4:00 played in the third quarter.

A Melissa three prompted coach Cheikh Sarr to shuffle his charges but Kenya held firm, raging like a storm at sea while controlling the defensive boards. Wanyama doubled the Kenyan tally making the deficit at 62-31, piling more agony to the host. When this stanza ended, it was 68-37 in Kenya's favour.

Henderson, Hope Butera, Ineza Sifa, Odile Tetero and Beta Murekatete were all chasing shadows as the drums stopped pounding. With 2:05 to play, Kenya had rampaged to an unassailable 74-47 margin. Christine Akinyi’s baseline trey and a basket iced it 79-51.