ALL SET FOR TUNIS

The team has been training at KPA Makande Gymnasium

•The team is expected to play a number of friendly matches before heading out to Tunisia next week.

•The Men’s Volleyball Club Championship will be hosted from April 16 and 28 in Sousse Tunisia. 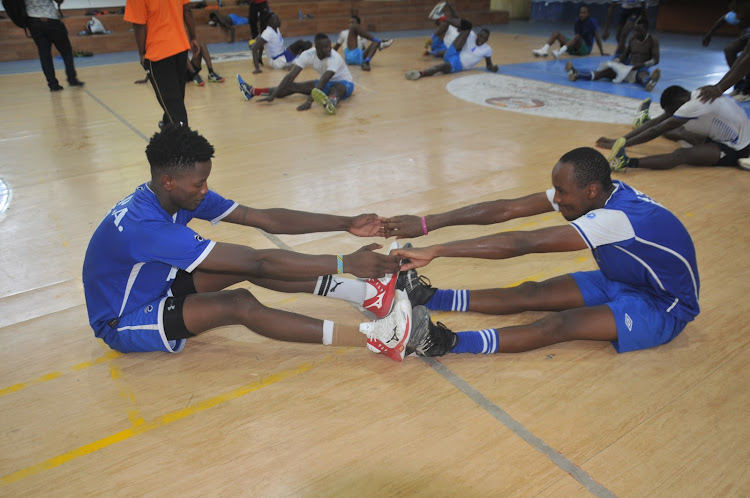 Kenya Ports Authority have intensified training  ahead of the men’s African Club Volleyball Championships mid this month in Tunisia.

After being cancelled in 2020 due to the outbreak of Covid-19, the men’s club championship will be staged from April 16-28 in Tunis, Tunisia.

Egypt were to host the 10-day tournament, but pulled out due to the coronavirus pandemic, prompting Tunisia to step in.

The changes prompted the postponement of the event, which was to begin on March 31. Al Ahly of Egypt are the reigning champions.

Speaking at the KPA Makande gymnasium, KPA head coach Sammy Mulinge expressed satisfaction with the team’s preparations so far. He said the players are in high spirits ahead of the continental show.

“I am happy with the preparations and as you can see, the boys are in high spirits  and ready to put their best foot forward in their maiden appearance at the continental showpiece,” said Mulinge. He added that their target is to reach the quarter finals of the tournament.

“This is our first time to qualify for the tournament. We target to finish second in our pool which will automatically get us into the quarters,” he said.

The dockers received the much-needed boost with the arrival of their international attacker Enock Mogeni, who plays professional volleyball in Sweden.

“I can confirm Mogeni is here with us, having joined the team on Monday,” said Mulinge.

KPA qualified for the tournament after finishing runners up in the 2019 season, their best finish so far in the national league.

The team is expected to play a number of friendly matches before heading out to Tunisia next week. The coach, however, faces an uphill task of selecting the final 14 players for the trip.