Mokamba pledged an exhilarating performance at the Kipchoge Classic Tour, scheduled for May 13 in Nairobi.

•Mokamba believes giving Kenyan sprinters more opportunities to compete in races throughout the year, will enable them to assert their authority on the global stage.

•Mokamba comprised the quartet that stormed to a new national record in the 4×100m after placing second in the semi-finals during the Birmingham 2022 Commonwealth Games. 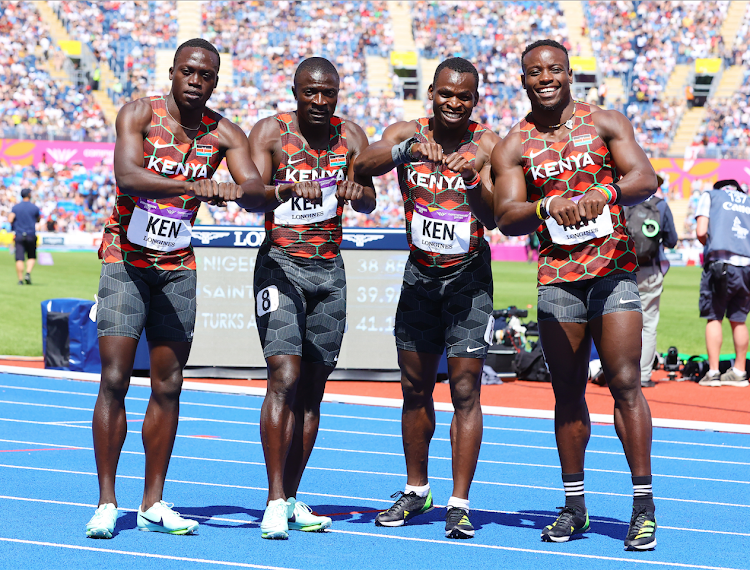 Kenyan sprinter Mike Mokamba expects the country to perform spectacularly in the short-distance races this year.

Mokamba believes giving Kenyan sprinters more opportunities to compete in races throughout the year, will enable them to assert their authority on the global stage.

“Taking part in some of the events planned for this year will be critical to our success as we prepare for the next World Athletics Championships in Budapest,” he said.

“We hope to participate in a lot of relays this year as we try to earn the qualification time,” Mokamba said.

During the exclusive interview on Tuesday, Mokamba pledged an exhilarating performance at the Kipchoge Classic Tour, scheduled for May 13 in Nairobi.

“We are eyeing many championships including the World Continental Tour in Nairobi in May as well as Gaborone, Botswana on April 29,” Mokamba said.

He predicted that the country will produce more world-class sprinters in the coming years.

“The fact that we emerged second in the team’s category of this year’s SOYA awards testifies to how far we have come in the short races. It’s been a long since a 4×100m team made it this far. It really feels good,” Mokamba said.

“I can say without an iota of doubt that Kenyan athletes can now compete effectively against the world’s best sprinters.

“I’ve been running for ten years and can confirm that we’ve matured. For example, the majority of our sprinters advanced to the finals of the Commonwealth Games in the United Kingdom.”

Mokamba comprised the quartet that stormed to a new national record in the 4×100m after placing second in the semi-finals during the Birmingham 2022 Commonwealth Games.

Kenya qualified for the event’s finals in an inspiring time of 38.92 seconds, ahead of Nigeria who clocked 38.85.

The country was, however, dealt a major blow in the finals when one of the sprinters dropped the baton just before the final lap.

Mokamba spoke a day after World Athletics confirmed the calendar for the 2023 Tour, with only one month left before the season’s first Gold level meeting in Australia.

This year’s tour features over 180 meetings divided into four levels: Gold, Silver, Bronze, and Challenger, with the quality of competition and prize money on offer determining the status of each meeting.

The number of Gold meetings on World Athletics Continental Tour has increased by two, with the top tier now consisting of 14 events spread across five of the six continental areas.

Events in Melbourne, Grenada, and Botswana have been added to the Gold Tour for 2023, adding to the already existing 25 Silver, 55 Bronze, and 95 Challenger meetings on the calendar.

The Maurie Plant Meet at the Lakeside Stadium in Melbourne, Australia, will kick off gold level action on February 23.

The Grenada Invitational will be held two months later at the Kirani James Athletic Stadium (April 22), followed by events in Gaborone, Botswana (April 29), Nairobi, Kenya (May 13), Yokohama, Japan, and Devonshire, Bermuda (both May 21).

One month before the World Athletics Championships Budapest 2023 begin, the Hungarian capital will host some of the world’s best athletes for the Gyulai István Memorial on July 18. The 2023 Gold Tour will conclude on September 8-10 at the Memorial Borisa Hanzekovica in Zagreb, Croatia.