parts of the country in a robust campaign aimed at nurturing more world beaters across all age grades.

•AK honcho noted that the only way to maintain Kenya's status as a global powerhouse in the face of cutthroat competition is to enhance its technical capacity. 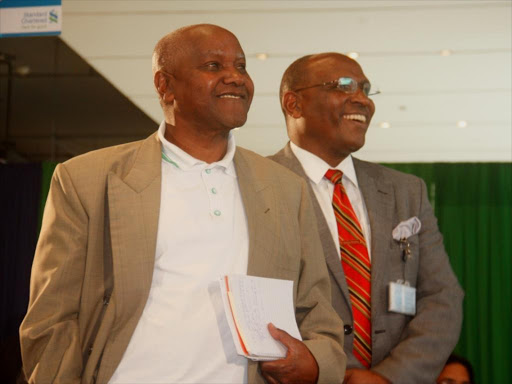 In an exclusive interview, the AK honcho noted that the only way to maintain Kenya's status as a global powerhouse in the face of cutthroat competition is to enhance its technical capacity.

Kenyan athletes have been hogging international headlines for a while now but a decline in their performance in recent years has been a major course for concern, with alarmed stakeholders now raising the red flag.

“To counter stiff competition from our rivals who appear to be improving by the day, we must have an effective system where our athletes get appropriate technical and tactical support from qualified coaches,” Mutwii said.

He reiterated the need to effectively capitalise on the existing development structures the country has heavily invested in over the years, to nurture talent right from the grassroots.

“We already have adequate structures in place at the grassroots that facilitate a smooth transition right from the age grade up to the senior level,” Mutwii said.

AK has rolled out consecutive seminars for athletics coaches in various parts of the country in a robust campaign aimed at nurturing more world beaters across all age grades.

Mutwii's remarks come weeks after AK central Kenya vice chairman Erastus Kabugi expressed concerns about the dwindling standards of athletes in the region due to a dearth of technical support.

In an exclusive interview, Kabugi said multiple forces have connived to contribute to the region's declining form with the most notable one being a dearth of technical expertise.

On Saturday, world 800 metres record holder David Rudisha expressed a desire to retire from the track and join the coaching ranks.

His decision could be a shot in the arm for the local athletics federation that is seeking to beef up the technical department with quality and experience.

Meanwhile, Athletics Kenya's head of youth development Barnabas Korir has said they will not relent on efforts to weed out athletes who continue to violate anti-doping laws.

Korir spoke during a workshop held for athletes and coaches drawn from the National Police Service at the CID Headquarters in Nairobi on Wednesday.

“The cheats will not escape measure deployed by ADAK, AIU against doping. They have put shame on our country internationally,” Korir said. The veteran athletics administrator urged athletes from the law enforcement agency to set a good example by upholding high moral standards.

“The police as an institution are respected in the country and its athletes should be at the forefront in promoting integrity and character in the war against doping,” Korir said.

The National Police Service honchos who attended the workshop warned their athletes not to engage in the vice.

The war against anti-doping will only be won if Kenyan athletes commit themselves to promote clean sports and integrity, they noted.