•Other Kenyans in the field include Eric Kiptanui, winner of the Siena Marathon in Italy with a personal best of 2:05.47 and John Korir, who won the Los Angeles marathon in 2021 in 2:09:08. 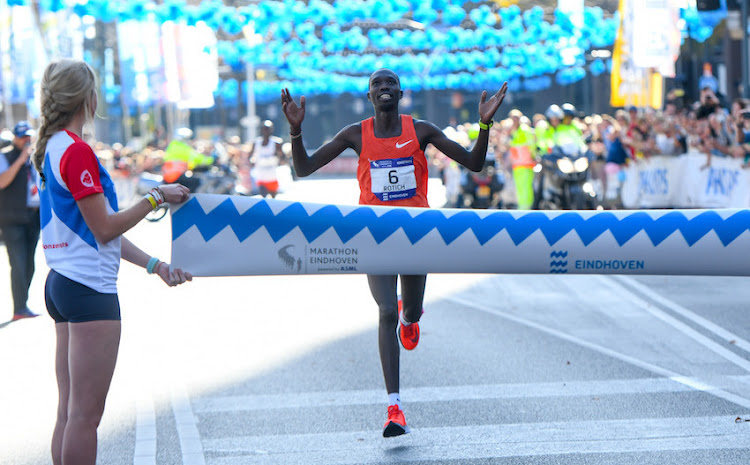 Elisha Rotich has been added to the elite field of the Chicago Marathon slated for October 9.

Rotich, who will be making his debut in Chicago, said he was confident of performing well.

"It will be a tough event but my experience of running other big city marathons including Paris will come in handy. There is a good crop of runners in the event but I am ready for the battle,” he revealed.

Rotich will have Bernard Koech for the company during the event. Koech has a personal best time of 2:04:09, which he posted in Amsterdam while finishing second behind Tamirat Tola of Ethiopia.

Koech will be hoping to improve on his fifth-place finish at the marathon in 2014, where he clocked 2:08.30.

Other Kenyans in the field include Eric Kiptanui, winner of the Siena Marathon in Italy with a personal best of 2:05.47 and John Korir, who won the Los Angeles marathon in 2021 in 2:09:08.

Ethiopia's Shifera Tamru and Jemal Yimer are also in the mix. Tamru is the 2022 Daegu Marathon champion and 2019 Seoul Marathon champion with a personal best of 2:05:18 (Dubai, 2019). He finished fifth in Chicago last year.

In the women's category,  Ethiopian Ruti Aga has been added to the field where she will be up against former World Champion Ruth Chepngetich.

Aga won the 2018 and 2019 Tokyo Marathons and will be a formidable opponent. Vivian Kiplagat with a personal best of 2:20: 18 set at the Milan Marathon this year is also in the field.

Chemelil, Chepng’etich back to Miramas training ahead of Paris 2024

The 18-year-old also said he is looking forward to next year’s World Athletics Relays Championships where he will look to gain more experience.
Sports
2 months ago

Chebet under no pressure ahead of New York Marathon debut

Chebet is also upbeat about setting a new course record should the weather be favourable.
Sports
2 months ago
Post a comment
by WILLIAM NJUGUNA Senior Sports Writer
Athletics
29 September 2022 - 05:00
Read The E-Paper