The 2017 Seoul Marathon winner said he feels the pressure ahead of the assignment because he knows his competitors are also training very well. 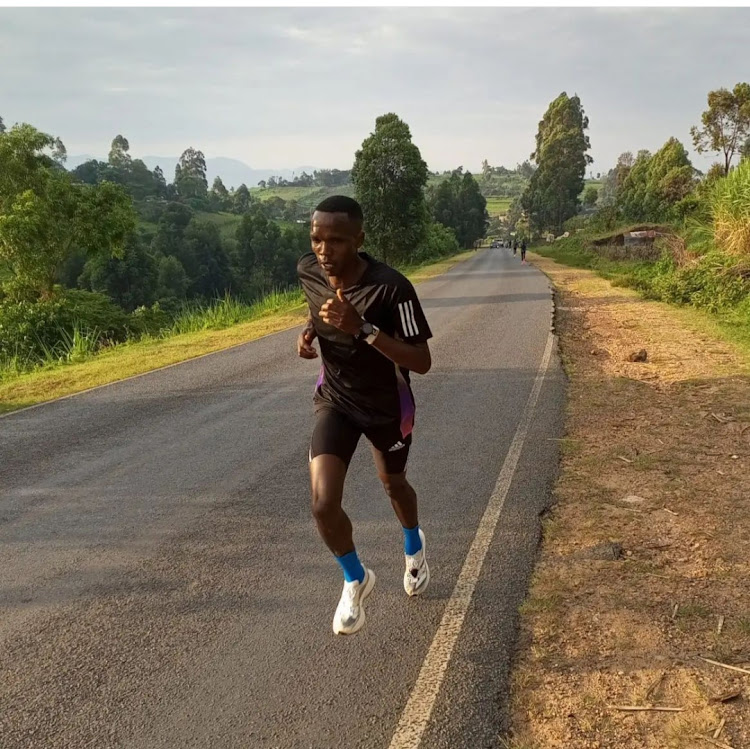 2019 world marathon bronze medallist Amos Kipruto will be looking to better his personal best during the October 2 London Marathon.

Kipruto, who will be debuting London Marathon, said time will be a priority for him irrespective of the position. Kipruto is the fourth fastest in the men’s elite field with a time of 2:03:13.

“Right now, I just want to run well and lower my personal best time. The position doesn’t matter to me but I believe I can make it to the podium,” he said.

The 2017 Seoul Marathon winner said he feels the pressure ahead of the assignment because he knows his competitors are also at their best.

Kipruto is bound to face stiff competition from Ethiopians Kenenisa Bekele, Birhanu Legese and Mosinet Geremew. Bekele is the 2008 Olympic 5000m champion and he is the fastest in the field with a personal best time of 2:01:41.

Legese and Geremew are the second and third fastest in the field with respective personal best times of 2:02:48 and 2:02:55.

“That race is not a joke and I definitely feel some pressure. I am sure everyone else is well prepared for the race and that makes it even tougher,” he said.

Kipruto noted that he has trained well for the race and hopes to record exemplary results in the streets of London.

“I have been training since April and everything has gone well. I have the mileage and I just want to surprise myself,” he said.

He recounted his worst moment in athletics was missing out on the 2019 Tokyo Marathon due to a last-minute injury he incurred.

“I had trained so well for the event but then I had to cancel it after I got an injury,” he said, adding that his best moment was when he won bronze at the World Championships in 2019.

He is uncertain about his participation at next year’s World Championships and the 2024 Olympic Games. “Representing the country is not an easy thing so I can’t comment on that at the moment,” he said.

The Ethiopian has not fully recovered from his victory in the men’s race at the World Athletics Championships in Eugene, Oregon, last month.
Sports
1 month ago
Post a comment
WATCH: The latest videos from the Star
by ABIGAEL WAFULA
Athletics
20 September 2022 - 05:00
Read The E-Paper