At her recent outing in Zurich for the Diamond League final, Chelimo placed second in 14:31.52.

• She revealed that her win at the 2015 All-Africa Games in Brazzaville, Congo marked her breakthrough in athletics and made her believe in herself.

• Chelimo said she is anticipating a good show at next year’s World Championships in Budapest. 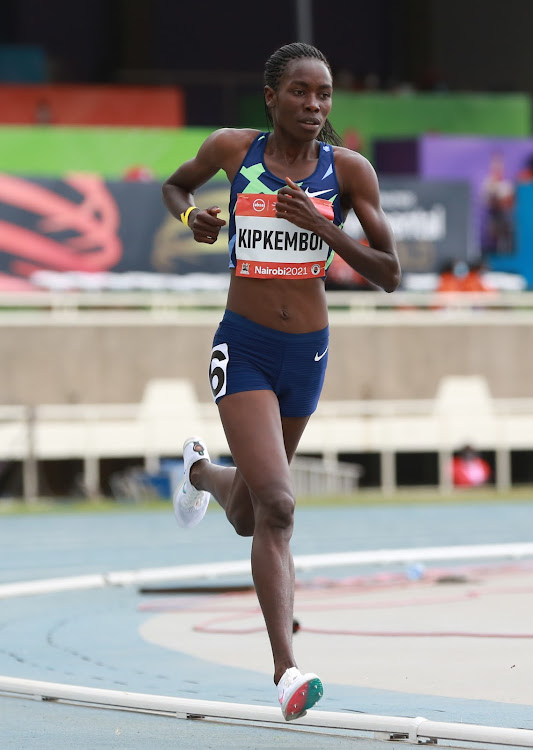 Chelimo said her main goal in the race is to run well. “My track season is now over and I am going to Dam tot Damloop for the road race. I just want to run well,” Chelimo said.

At her recent outing in Zurich for the Diamond League final, Chelimo placed second in 14:31.52.

She revealed that her win at the 2015 All-Africa Games in Brazzaville, Congo marked her breakthrough in athletics and made her believe in herself. She posted 15:30.15 to win the 5000m race.

“I vividly remember winning that race in 2015…It was a defining moment for me. That’s when I became popular. That win made me realize that I could actually run well and inspired me to venture into athletics seriously,” Chelimo said.

The 2016 Africa 5000m silver medallist said she looks up to former world 5000m champion Hellen Obiri and former Olympic 5000m champion Vivian Cheruiyot. “They are true role models and I draw my inspiration from them,” she said.

Chelimo said she is anticipating a good show at next year’s World Championships in Budapest.

“I will be there and I am planning for something good. I am building up well and staying focused on training,” she said. She added that athletics is not a walk in the park as there are many challenges.

“Athletics is not easy! There are both financial and injury challenges. Focus, self-discipline and sacrifice are the virtues that keep me going,” Chelimo said.

In the next three years, Chelimo believes she will be at a higher position in as far as athletics is concerned with major titles.

She described her first outing at the 2009 Bressanone World Youth Championships as a thrilling experience.

"That was the first time I traveled out of the country. I was happy to meet new people from different countries. At that time, I was also very young," she said.

When Chelimo is not training, she revealed she loves spending time on her small farm or watching television.

“I have a small farm where I plant vegetables. I also have some chicken that I look after. Sometimes, I just watch television like right now,” she concluded.

Kenyans in action as Diamond League goes down in Zurich

The race will be a thrilling show with Faith Kipyegon as one of the pre-race favorites.
Sports
4 months ago

Chelimo sets eyes on the Diamond League after Oregon

Chelimo also revealed that the women’s 5,000m race was not an easy one as the Ethiopians pushed them to the limit.
Sports
6 months ago
Post a comment
by ABIGAEL WAFULA
Athletics
13 September 2022 - 05:00
Read The E-Paper