HAPPY TO BOUNCE BACK

Kinyamal trains sights on world title in Budapest next year

"I am happy to bounce back after a poor show in Eugene. Now I want to win the world title next year in Budapest and the Olympic Games in 2024. This is a big boost for me,” — Kinyamal. 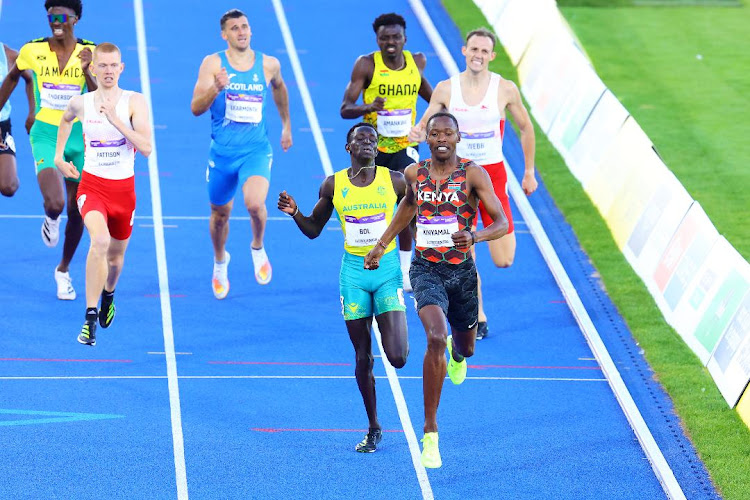 Fresh from defending his 800m title at the Commonwealth Games, Wycliffe Kinymal has set his sights on next year's World Championship in Budapest.

Kinyamal, who finished last in Eugene, Oregon a fortnight ago, said: "I am happy to bounce back after a poor show in Eugene. Now I want to win the world title next year in Budapest and the Olympic Games in 2024. This is a big boost for me,” noted Kinyamal.

During the race, Kinyamal said his tactic was to run from the front. “I decided to control the race so that I could conserve a bit more energy to push me forward at the finish. My win is such a great feeling,” added Kinyamal.

He added that defending the title was one of the hardest missions he has ever had to do. "It was not easy. I really had to motivate myself, especially after Oregon and I never gave up hope of winning," noted Kinyamal.

He thanked Kenyan fans for their support and prayers during the games.

"The support from Kenyans fans really motivated me considering I was the only one in the final,” added Kinyamal.

He added: “It feels good to win here after failing to perform well at the World Championships in Oregon. My body just locked during the final in Oregon and I couldn’t move,” said Kinyamal.

He dedicated the gold to his four-year-old son Gift Odupoyi. "He is my inspiration and I dedicate the gold to him," observed Kinyamal.

He said God willing, he will defend his title in 2026 when he is 29 years old in Australia. “If all goes well, I will be in Australia to defend my title. It's all about  discipline and good training,” noted Kinyamal.

Back to drawing board for Cheruiyot after silver in Birmingham

Cheruiyot said he has battled a hamstring injury for the better part of the season but was happy to win a medal after a difficult period.
Sports
1 month ago

It was the first time Kenya failed to sweep all the podium places since 1998 Kuala Lumpur Games.
Sports
1 month ago
Post a comment
WATCH: The latest videos from the Star
by WILLIAM NJUGUNA Senior Sports Writer
Athletics
09 August 2022 - 00:00
Read The E-Paper