Cali confirms status as a ‘cradle of champions’

• “I hope you all agree that the World Athletics U20 Championships Cali 22 has been a spectacular success,” World Athletics’ Chief Executive Jon Ridgeon said at the closing press conference.

• Ramiro Varela, President of the local organising committee, said: “The success of the championships is a three-way affair: World Athletics, Colombia and Valle Del Cauca. 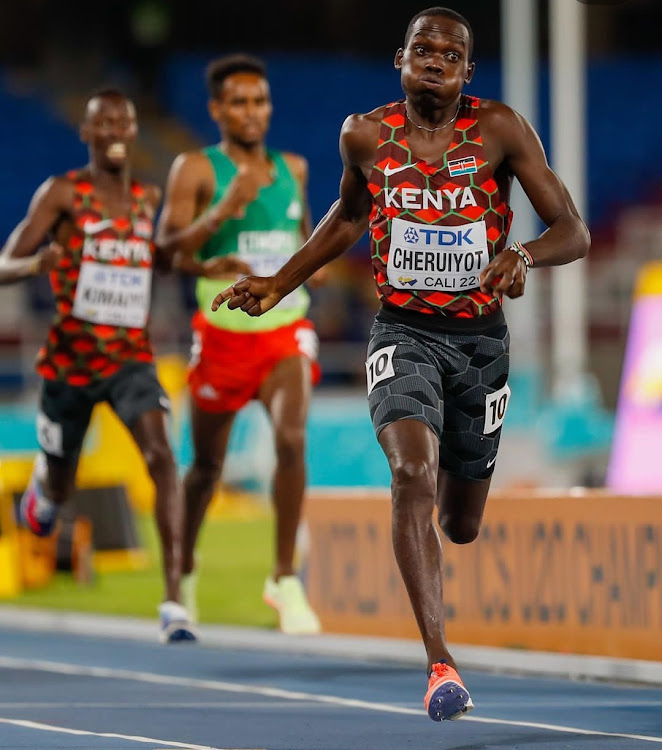 Reynold Cheruiyot storms to the finish line in the 1,500m final at the Pascual Guerrero Olympic Stadium in Cali, Colombia
Image: World Athletics

The World Athletics U20 Championships Cali 22 has been celebrated as one of the most successful editions in the history of the event as magnificent medal moments and record-breaking results showcased the future stars of the sport.

Over six days of competition between August 1 and 6, two world U20 records, two world U20 best performances, 14 championship records, nine area U20 records, 10 senior national records, 97 national U20 records and 518 personal bests were achieved in the Pascual Guerrero Olympic Stadium, securing the latest edition of the global showpiece its place in the history books.

The event in Cali was also a championships of ‘firsts’, with Uruguay winning its first ever medal, and Dominica, Malaysia and Saint Vincent achieving their first ever top eight positions.

Demonstrating the truly global reach of the sport, 1387 athletes took part from 126 different countries. Their participation pushed the World Athletics U20 Championships past the 20,000 milestone in terms of the number of athletes who have competed since the first edition in 1986.

“I hope you all agree that the World Athletics U20 Championships Cali 22 has been a spectacular success,” World Athletics’ Chief Executive Jon Ridgeon said at the closing press conference. “I think we can say that Cali has once again emerged as the ‘cradle of champions’, much like the World U18 Championships that we enjoyed in this very stadium back in 2015.”

Ramiro Varela, President of the local organising committee, said: “The success of the championships is a three-way affair: World Athletics, Colombia and Valle Del Cauca. The success was because of the presence of the athletes, their teams and their incredible results. And the success is the result of long-term planning and the hard work of a team of professionals who have worked tirelessly to offer these championships to the world.”

Two of the stars to emerge were Botswana’s Letsile Tebogo, who retained his 100m title in a world U20 record and claimed 200m silver in a brilliant battle with Israel’s Blessing Akawasi Afrifah, and Colombia’s Valentina Barrios, who secured silver for the host nation in the javelin.

“I would like to thank you for hosting us. I am really satisfied with everything I have done in these championships,” said Tebogo, who ran a world U20 record of 9.91 in the 100m. “Of the memories I have from Cali, the 100m final is the one to take back home with me, and also the 200m final.”

Barrios said the U20 championships was a huge stepping stone in her career.

“I was extremely nervous during the qualification round,’’ she said. “I felt a little better during the final, but it was still difficult for me to deal with the pressure. But then I told myself: ‘I am here in Colombia, competing in front of my people. I cannot let this opportunity go.’ I was able to refocus and perform well, and this is something that will help me when I turn senior.”

In just two years’ time, the World Athletics U20 Championships will return to South America, when Lima, Peru, hosts the event between 20-25 August 2024.

AK, state should use Birmingham exploits as stepping stone — Keino

He said the fact that Kenya failed to win marathon or 10,000m titles speaks volumes of Omanyala's 100m feat.
Sports
1 month ago

In the men's 800m final, Noah Kibet fizzled out in a disappointing seventh place finish.
Sports
1 month ago

Cherotich's weakness was in jumping the barriers and she ensured she worked on it before going to Cali.
Sports
1 month ago
Post a comment
WATCH: The latest videos from the Star
by WORLD ATHELTICS
Athletics
09 August 2022 - 00:00
Read The E-Paper