WE TRY NEXT TIME

Mbevi says injury set him back from medaling in Birmingham

Mbevi said he was uncomfortable during the race and crossing the finish line was a great achievement.

• His compatriot, Wiseman Were, finished fourth in 50.27 after stumbling and falling in an attempt to catch up with his competitors. 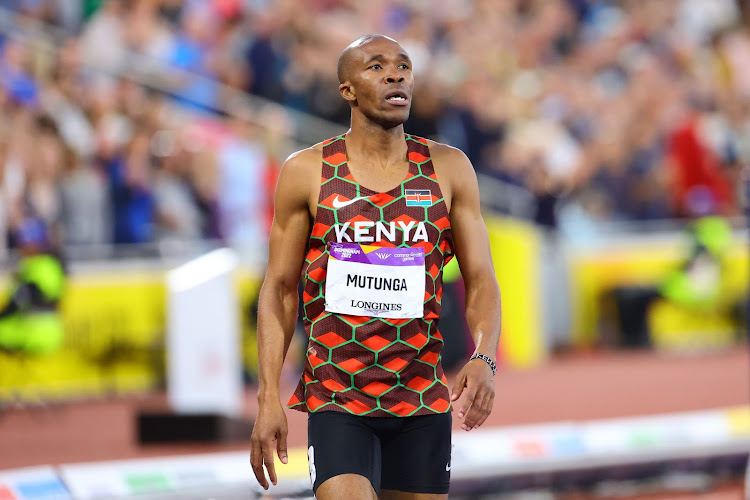 William Mbevi at Birmingham after competing in the final of the 400m/H
Image: HANDOUT

Four-time national champion William Mbevi has disclosed that an injury he sustained during training was his major undoing during the 400m/H final on Saturday.

Mbevi said he was uncomfortable during the race and crossing the finish line was a great achievement.

In a race that was won by Kyron McMaster of British Virgin Islands in 48.93, Mbevi settled for sixth place in 50.60. Jamaica’s Jaheel Hyde and Guernsey’s Alastair Chalmers settled for second and third place in respective times of 49.78 and 49.97.

“I got an injury on Friday and we were supposed to compete the next day. I received medication but that did not halt the pain. During the competition, I was very uncomfortable. I thank God I crossed the finish line. I have tried,” Mbevi said.

He added: “I had planned for the race well and I was sure of a podium finish. The injury was a misfortune I didn’t expect.”

Mbevi also lamented about the lane he was in saying he didn't expect it. "I don't know those lanes were distributed. I was in lane nine and it came as a surprise."

However, he noted that he has learnt a lot at the this year's Commonwealth Games and come next time, he will give his competitors a run for their money.

“There’s a lot I have picked from these competitions. My competitors are very hardworking and for me to defeat them, I also have to put in more effort. For now, we are going back to training as we await the next assignment. Be rest assured that in 2026, we shall medal”

His compatriot, Wiseman Were, finished fourth in 50.27 after stumbling and falling in an attempt to catch up with his competitors.

And some of the nations competing in Birmingham have felt the effects most keenly.
Sports
1 month ago

Kibiwott  had to dig deep in the final 100m to fend of the upcoming Indian athlete, clocking 8:11.15.
Sports
1 month ago

Chebet clocked 4:16.11 to finish third behind Winnie Nanyondo from Uganda and Briton Katie Snowden in 4:16.04 and 4:16.09 respectively.
Sports
1 month ago

Omanyala bowed out in semis in the recently concluded World Athletics Championships in Oregon, USA.
Sports
1 month ago
Post a comment
WATCH: The latest videos from the Star
by ABIGAEL WAFULA
Athletics
08 August 2022 - 05:00
Read The E-Paper