It was the first time Kenya failed to sweep all the podium places since 1998 Kuala Lumpur Games. 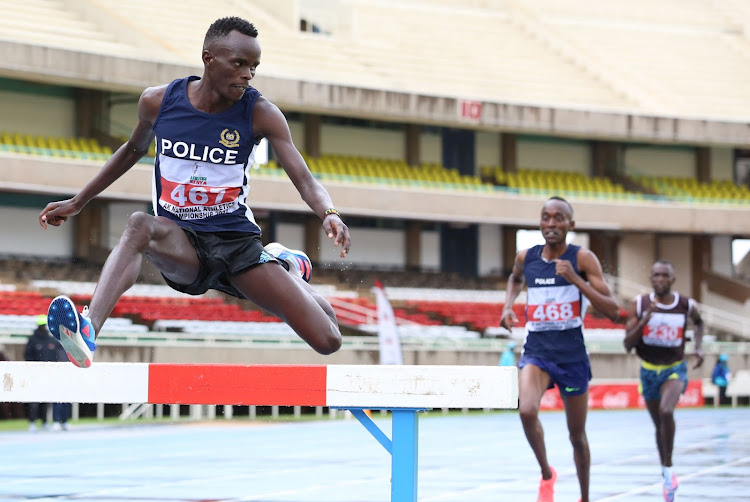 Abraham Kibiwott clears a hurdle during a past 3000m steeplechase race
Image: FILE

Commonwealth Games 3,000m steeplechase champion Abraham Kibiwott has vowed he will not rest until Team Kenya recaptures both the Olympic and world titles.

Kbiwott had to fend off Indian Avinash Sable in an entertaining race to win the coveted gold medal which the country has monopolised for the past seven editions.

"I am happy with the win. This is just the beginning as we seek to reclaim the titles we have lost in the last two years,” said Kibiwott.

Kibiwott said he knew Sable from previous races in the Diamond League and the World Championships in Oregon.

"I have known him from previous races. He is a strong athlete. He has beaten me once before and I had to use my experience and inject pace in the final 100m," he added.

Kibiwott said winning gold was an upgrade after he won silver at the Gold Coast four years ago.

"I'm deligted to win gold and am happy with my performance. We are looking forward to winning the title at the World Championships in Budapest next year and at the 2024 Paris Olympic Games," he added.

It was the first time Kenya failed to sweep all the podium places since 1998 Kuala Lumpur Games.

Serem said he was happy to win bronze following a difficult race.

"I thank God for the bronze medal. It was a fast race but I am happy Kibiwott's tactics worked, otherwise it could have been bad," said Serem.

Kipruto said a recurrence of a lower back injury hindered him in the course of the race.

"I had a lower back injury which has been on and off. I plan to go and recover and come back stronger at the World Championships next year,” said Kipruto.

Korir, who dropped from Kenya’s 4x400m team at the Commonwealth Games to focus on Silesia, can expect a raucous crowd cheering on home hero and ...
Sports
1 month ago

Omanyala bowed out in semis in the recently concluded World Athletics Championships in Oregon, USA.
Sports
2 months ago
Post a comment
WATCH: The latest videos from the Star
by WILLIAM NJUGUNA Senior Sports Writer
Athletics
08 August 2022 - 05:00
Read The E-Paper