However, a baton exchange mix up between Dan Kiviasi and Samuel Imeta put an end to any hopes of a medal after Kiviasi had crossed the exchange zone. 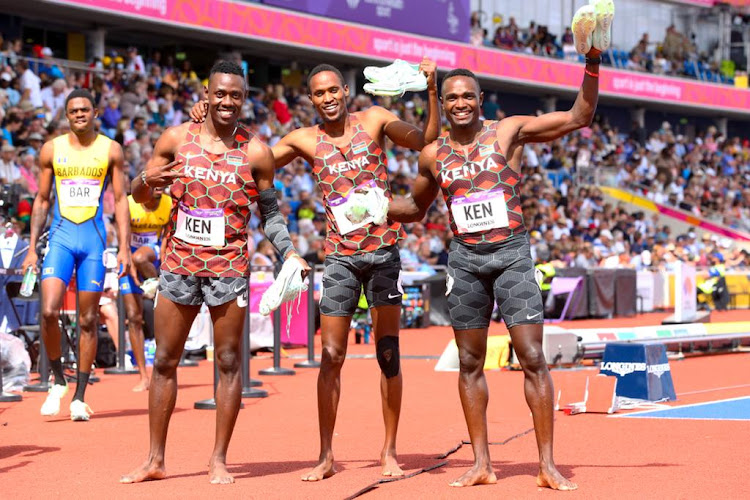 2015 All Africa Games 400m silver medallist Boniface Mweresa finished fourth in the final of the 400m at the Commonwealth Games in Birmingham.

It was a disappointment for the men's s 4x 100m relay after a mix-up in the baton change saw them miss a medal in the final.

Team Kenya had been tipped to do well in the event following the exploits of Commonwealth Games 100m champion Ferdinand Omanyala.

However, a baton exchange mix-up between Dan Kiviasi and Samuel Imeta put an end to any hopes of a medal after Kiviasi had crossed the exchange zone.

Mike Mokamba who was to run the third leg, alongside Omanyala, were mere spectators as Odie Edoburun anchored England to victory in 38.35 seconds. Trinidad and Tobago and Nigeria went for silver and bronze in 38.70 and 38.81 respectively.

Coach David Omondi said the target for the Games has been met and now the focus turns to the 2024 Paris Olympic Games.
Sports
1 month ago

Chepkirui, who finished third in her heat by clocking 4:19.94, said she feels under pressure to deliver but believes she has what it takes to retain ...
Sports
1 month ago
Post a comment
WATCH: The latest videos from the Star
by WILLIAM NJUGUNA Senior Sports Writer
Athletics
07 August 2022 - 23:26
Read The E-Paper