Moraa under pressure to deliver at Birmingham

She said the stiff competition that awaits her is giving her a hard time.

• The only athlete missing in action is the 800m World champion Athing Mu. World championships 800m silver medalist Keely Hodgkinson and Jamaica’s Natoya Goule will be some of the athletes who will be in action alongside Moraa.

• Meanwhile, Jarinter Mawia has said her major undoing during the heats of the two-lap race was miscalculations in relation to getting out of the blocks. She also noted she had visa hitches that limited her training time. 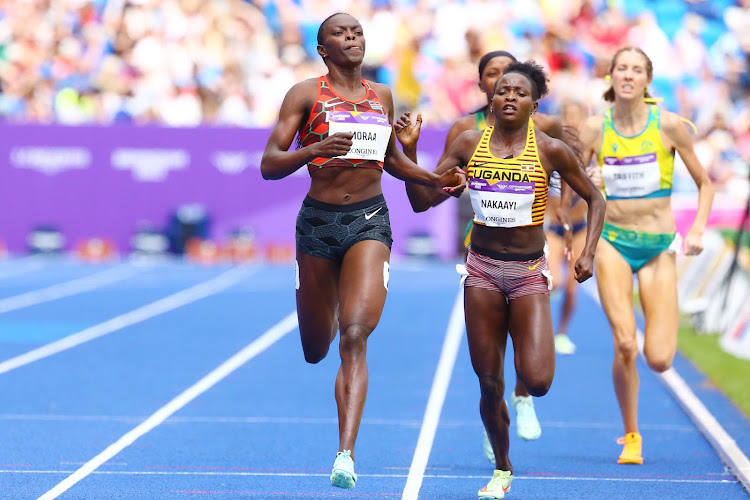 Mary Moraa crosses the finish line ahead of Uganda's Halima Nakaayi during the 800m heats at Bimingham
Image: HANDOUT

Reigning Africa champion Mary Moraa is under pressure to step up her game if she is to post improved performance in the ongoing Commonwealth Games in Birmingham.

Moraa is fresh from winning a bronze medal in women's 800m at the recently concluded World Championships and feels improving on the performance would be a realistic target.

She said she is aware of the stiff competition that awaits and hopes to be ready for the battle. “Every athlete I ran against in Oregon is here and only one person is missing,” she said.

The only athlete missing in action is the world 800m champion Athing Mu from the United States. The women's 800m final will take place on Saturday at the Alexander Stadium.

Mu's absence leaves Moraa to battle against world 800m silver medalist Keely Hodgkinson and Jamaica’s Natoya Goule. Irrespective of the situation, Moraa believes she has what it takes to win the race.

She said her coach, Alex Kipsang, and former world 800m champion Janeth Jepkosgei have talked her through some of the hacks if she is to run well.

“I have talked to my coach and he has advised me on how to execute the race. Jepkosgei has also given me tips on what to expect. She told me to get out of the blocks and control the race,” she said.

Moraa's counterpart Jarinter Mawia did not make the cut to the finals and blamed poor tactics for her early exit. She also said she didn't train long enough due to visa complications. Mawia settled for the fourth position in 2:00.95.

"My plan was to stay at the back and then sprint during the last lap and qualify but I did not manage," she revealed.