Olympic champion sets sights on another gold in Birmingham

•Korir returns to the Alexander track in Birmingham on Tuesday with his sights firmly set on emulating the Oregon milestone. 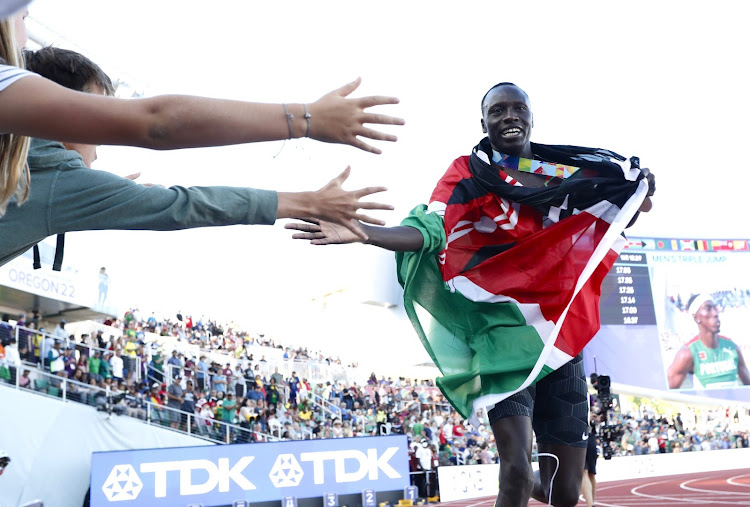 Filled with pride and adulation, Ereng immediately dashed to his social media account to share the glad tidings of his protégé's success.

“Another feather in your cap Emmanuel Korir and many more to come. Congratulations to the newly minted 800m world champion,” Ereng tweeted.

Without a doubt, Ereng had every justifiable reason to bask in Korir's glory having previously helped him strop his talons at the University of Texas at El Paso in the USA.

An alumnus of the famed Starehe Boys Centre and School in Nairobi, Ereng similarly prides himself on his running skills. He rose to global fame after clinching the men's 800 metres title at the 1988 Seoul Olympics.

Ereng was born in Kitale, where he spent his formative years before relocating to the US.

With the Oregon22 feat, Korir sent Ereng reminiscing about his own glory and sauntered to the annals of history as the second runner to hold both the World and Olympics titles.

He effectively replicated the milestone only achieved previously by David Rudisha. Rudisha set the world record at 1:40.91 in the 2012 London Olympic games.

In Oregon, Korir timed a season-best of 1:43.17 seconds while Algeria’s Dajamel Sedjati emerged second for silver in 1.44.14.

Marco Arop clocked 1:44.28 to bag Canada's first world medal in the race as Kenyan prodigy Emmanuel wrapped up in fourth.

Ereng will be crossing his fingers for a set book repeat of the Oregon feat, when Korir roars back to life at the Alexander track in Birmingham on Wednesday in the 800m heats.

The USA - based Kenyan lad has already set the bar high and the world couldn't expect anything less. Korir, 27, has his roots firmly entrenched in Iten, Elgeyo Marakwet County.

Other than the gold medals he clinched in Tokyo and Eugene, Korir has garnished his rich cabinet with an array of honours from the 2018 Asaba African Championships, where he won gold in the 4×400m relay and silver in the 800 m.

Korir rightfully boasts gold medals in the 800m at the Africa Continental Cup as well as the 2018 Ostrava championships.