• " The competition in Cali will be stiff, especially from the Ethiopians. However, I am determined to beat them and bring the gold medal home," —Temoi. 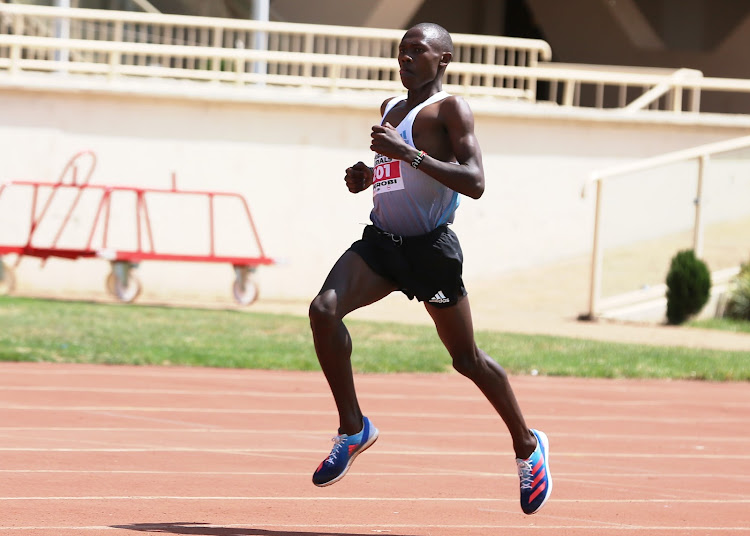 Michael Temoi has cited Ethiopia as their biggest threat in the men's 3,000m race at the World Under-20 Championships scheduled for August 1 - 6 in Cali, Colombia.

During last year's World Under-20 Championships in Nairobi, Ethiopia swept the board in the race with Kenyans being relegated to the periphery.

While Temoi is this time around targeting a gold medal, he has acknowledged the fact that it will not be easy.

" The competition in Cali will be stiff, especially from the Ethiopians. However, I am determined to beat them and bring the gold medal home," he noted.

He said injuries have sort of slowed him down but he is back at his best.

" I am doing much better despite suffering injuries in the recent past. I am ready for Colombia and no one is going to stop me," he added.

The youngster attributed his recent form to the World Under-20 athletics training camp in Chewoyet during the April holidays. He also thanked his coach for pushing him to his current level.

"The training camp in Chewoyet during the April holidays helped me a great deal. We trained together for almost three weeks and I must admit that group training is always the best," Temoi said.

He also noted that athletes should always be given more time to train for the competitions if the country is to continue ruling the game.

"We should be given at least three weeks of exceptional training together for us to improve our performance levels internationally. Personally, I have a coach who trains me but combining his techniques with other coaches can be challenging," Temoi said.

Temoi suggested that the coaching should be a team effort combining both the grassroots and national tacticians.

"There should be some structure in the training when we come together in preparation for national championships. Mixing tactics can sometimes be counterproductive," he concluded.