Battle of Kasarani beckons in fight for Oregon, Birmingham tickets

The top two finishers in every category automatically punch their tickets to the two competitions, further raising the stakes at this weekend's national trials. 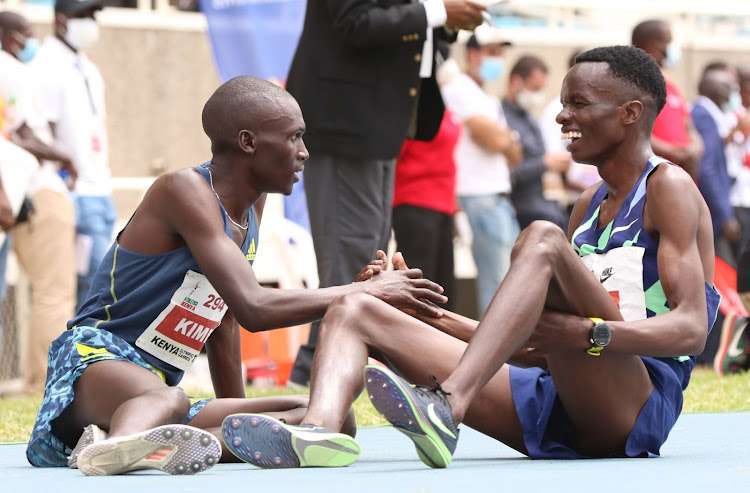 Cometh the hour, cometh the race...the road to the World Championships and Commonwealth Games begins this weekend as close to 178 athletes battle for a chance to represent the country at the two international assignments.

The top two finishers in every category automatically punch their tickets to Oregon and Birmingham, which promises to be an intense jostling for positions considering the calibre of the athletes invited.

Fresh from setting a world lead of 12:46.33 in the men's 5,000m at the Rome Diamond League, Nicholas Kimeli will be hoping to take a step further by securing his ticket to both competitions.

His win in the Italian capital came at the expense of fellow countryman Jacob Krop who will be running in the same race.

Kimeli is aware of the task ahead and is expecting a fierce rivalry on the track.

"I expect a lot of fighting all the way to the tape because there are top athletes in the field. There is a lot at stake and everyone wants to make it to Oregon and Birmingham so it won't be easy," Kimeli said.

He may be going into the trials in confident form but Kimeli says he knows better than to dwell too much on his exceptional run in Rome, a fortnight ago.

"I don't want the world lead set in Rome to distract me from the task ahead. I want to fight until the end. I know God is with me because I have unfinished business from the Tokyo Olympics where I didn't get a medal," he said.

A titanic battle also awaits in the women's 800m where double Olympic 1500m champion  Faith Kipyegon will come up against her self-confessed admirer, World Under 20 1500m champion Purity Chepkirui.

Moraa, who notched her first Diamond League win in Rabat three weeks ago, is optimistic her hard work in training will pay dividends.

"Personally, I am hoping to be in peak form by the time the World Championship comes around. The win in Rabat was a fresh start for me and has renewed my motivation," the Tokyo Olympics semi-finalist said.

Nyaga and Obiri are also expected to renew their rivalry when they meet in the women's 5000m.

In the men's 1500m, all eyes will be on African champion Abel Kipsang and world champion Timothy Cheruiyot.

The former is on a hot streak, having capped up his thus far flawless performance in 2022 with gold at the Senior Africa Athletics Championships in Reduit, Mauritius.

On the other hand, Cheruiyot has struggled with injuries and could have a huge battle on his hands to ward off his marauding competitors who also include 2016 World Under 20 champion Kumar Taki, 2014 Africa 1500m bronze medalist Ronald Kwemoi and 2017 world champion Elijah Manangoi.

All the races will head straight to the finals after which the team will be named on Saturday afternoon.

The Olympic champion, a late addition to the women's team for the global showpiece, is seeking a podium finish at the World Championship in July.
Sports
5 months ago

Aerodrome Road, situated near Nyayo Stadium, was renamed after the 1987 world marathon champion in honour of road race exploits.
Sports
5 months ago
Post a comment
by OMONDI ONYATTA
Athletics
24 June 2022 - 11:04
Read The E-Paper