• In case an event has few participants, WA may invite more athletes to fill these slots according to ranking 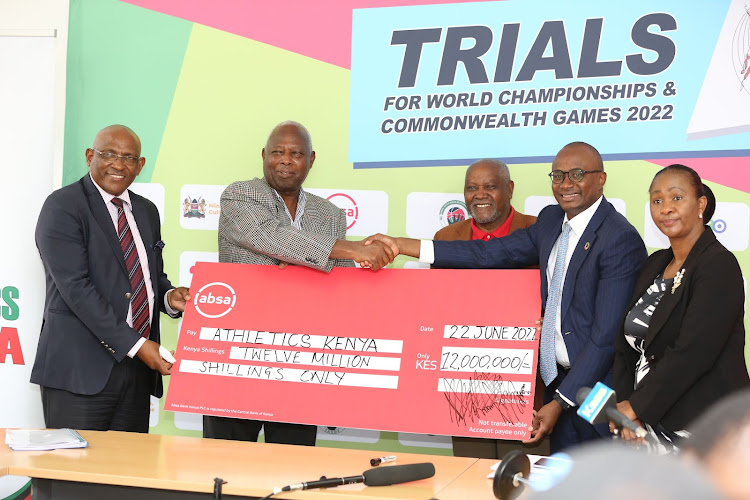 Despite the stringent rules for competing at this weekend's trials for the World Championships and Commonwealth Games, there is still hope for athletes who will not be named in Team Kenya on Saturday.

This is after Athletics Kenya announced that more athletes may be added to the team in case World Athletics requests the federation to forward the names of those to compete in certain categories.

"The final list has to be sent to World Athletics for final approval and in case they look at the all the competitors and see an event has few participants, they will check for the athletes who are within the ranking and invite one or two athletes to participate," AK president Jackson Tuwei said.

He added: "In fact, they have already invited two race walkers (Samuel Gathimba and Emily Ngii). Regarding field events, if people have not qualified for a particular event, there is no need to call for trials. However, we have the likes of Julius Yego (javelin) who has qualified for the Commonwealth Games."

Tuwei, however, clarified that all athletes invited to compete in the two-day trials will all be expected to participate unless specifically exempted.

Furthermore, athletes will be required to commit beforehand to doubling in Oregon and Birmingham should they be selected for the team.

"All athletes are required to make a commitment to double for the World Championships and Commonwealth Games prior to selection. We need to send our best possible team to represent us and that is why we are conducting the joint trials," he said.

So far, approximately 178 athletes have been invited to compete across 16 categories.

Tuwei warned that any athlete who does not meet the mandatory anti-doping requirements will not be selected in the final team.

"Every athlete must have undergone three tests out of competition, 10 months prior and passed all of them. No athlete will participate as part of Team Kenya unless they fulfill this. Kenya is in Category A as one of the countries at most risk of doping and so we have to comply with these rules," he said.

He also reminded athletes to be conscious of the qualification marks of their respective races.

"These qualifications are issued by World Athletics depending on the event and are given within a certain period. For example, the qualifying time for the men`s 100m is 10.05 and for the women`s 100m is 11.15," the president said.

He was speaking on Wednesday afternoon while updating the media on preparations for the national trials.

At the same time, the event received a big financial boost after Absa Kenya and Lotto Foundation pumped in Sh12 million and Sh3 million to support the preparations.

Absa’s marketing and corporate relations director, Moses Muthui, expressed their delight at partnering with Athletics Kenya once again to grow the sport in the country.

“We are truly and proudly a Kenyan brand and are happy to play a role in making athletics great again. Today is part of our continuing partnership with AK having worked closely during the Kip Keino Classic,” Muthui said.

Likewise, Lotto Foundation CEO Joan Mwaura said the company is delighted to be part of the national trials, which she feels will be one of the most entertaining sports events in the country this year.

"We have seen the growth in athletics to the point we are now cheering for sprinters. It is great that the trials for the two competitions are being held jointly…this means we should be in for a great show,” Mwaura said.