WHAT NEXT FOR YEGO?

The former Olympic Silver medalist said he is still not at his peak as his target is 85m.

•Julius Yego is not happy with his performance, aims to get back on track.

Former World Javelin champion Julius Yego is not happy with his performance at the Africa Senior Athletics Championships despite winning gold.

The former Olympic silver medalist said he is still not at his peak as his target is 85m.

Yego bagged gold at the Africa Championships in Mauritius with a 79.69m throw. He said his focus at the moment is to qualify for the World Athletics Championships next month. 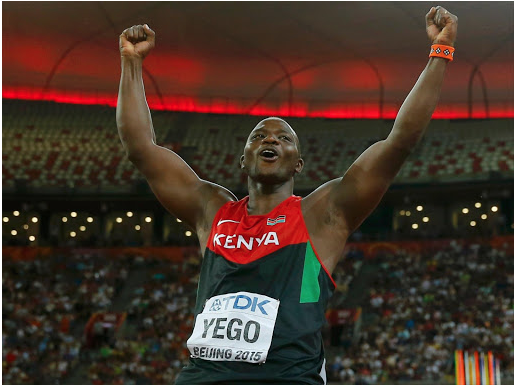 "I knew I was capable of doing more than 79.69m but it was impossible due to the weather conditions. I will not give up because I still have the trials to prove myself,"  said the 2015 world champion said.

Yego sustained a groin injury in 2016 which curtailed his upsurge and denied him both the Rio Olympic Games and World Championships titles.

However, he believes with continued practice, he will be able to surpass his record of 92.72m set in 2015. 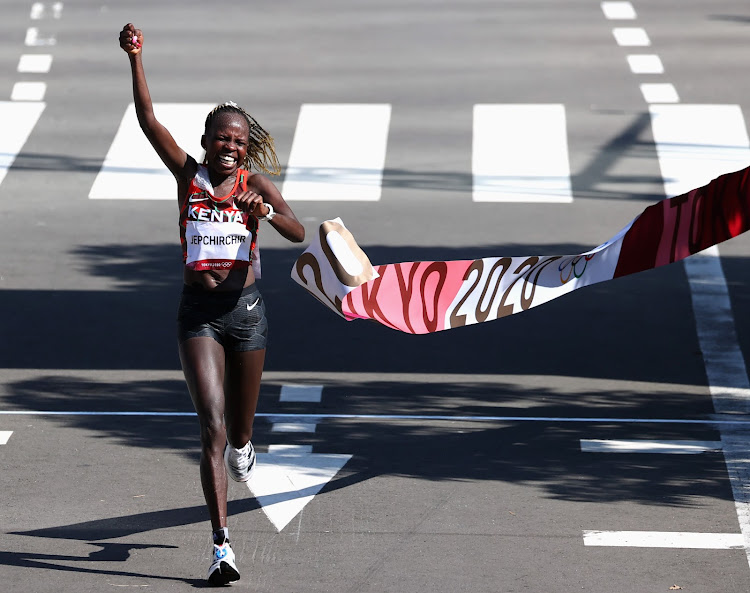 Peris Jepchirchir celebrates after winning gold for Kenya the 2020 Tokyo Olympic Games. She is the winner of 2022 Boston Marathon champion
Image: REUTERS

She also hopes to attempt the marathon records in one of the top races. "I attempt to run a world record and I know it`s not going to be easy considering Brigid Kosgei's record of 2:14:04,"  she said.

"My aim is to get into serious training and pray to God for good health. The Olympics and Boston race motivated me to keep going," the Boston Marathon champion said.

Jepchirchir was speaking after returning from New York, where she competed in the Mini 10k race, placing fifth in 31 minutes and 19 seconds.