•However, this increment is dependent on the organisers securing more sponsors 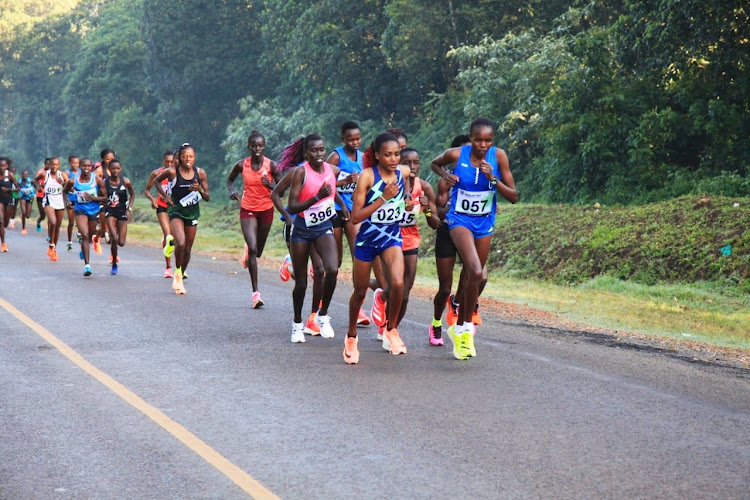 This year's Re-discover Nandi Road Race is expected to be bigger and better as more athletes confirm their intent to run in the annual event even before the opening of the registration period.

Local Organizing Committee chair Hosea Sanga said the heightened interest in the race, set for July 3 in Kapsabet, is evidence that the event continues to grow in leaps and bounds.

"We have seen tremendous growth since the inception of this race. The impact on the community has also been immense since we launched the tree planting exercise. So far, we have 550 male and 230 female athletes drawn from across the country," Sanga said.

However, this increment is dependent on the organisers securing more sponsors.

Nonetheless, Sanga said the race's main objective remains to impact the local community through environmental conservation ventures as well as other charitable activities.

"We also use the registration fees from athletes to buy and distribute sanitary towels to schools around the community where that race takes place. Registration is set to open officially in the coming week," he said.

The race will be preceded by a tree-planting exercise on July 2 during which all athletes will be provided with tree seedlings to plant as efforts to mitigate climate change. This will be via the "Nandi Forest Cover Champions" initiative.

This year's edition will be flagged off from Nandi Forest, Kapsasur on Kisumu Road, and at Namgoi Primary School.

Sanga was speaking in Nairobi on Thursday morning during a media breakfast at Golden Tulip Hotel to launch the event and sponsorship towards the same.

The race, to be run under the theme "Efforts to support the green economy and enhancing resilience to climate change risks," received a Sh3 million boost from Mozzart Bet who will be the title sponsors.

Country manager Sasa Krneta affirmed the firm's desire to work with the sports industry in Kenya for positive environmental change.

"The forest cover in Nandi is 24 percent and the intention is to push it to 50 percent to supplement the government's efforts of achieving 10 percent forest cover. The most important thing for us is to make the country a better place for us to live in and enjoy," Krneta said.

Last year's edition was clinched by Emmanuel Bor and Nancy Jelagat in the men's and women's categories.

All systems go for Re-Discover Nandi Road Race this weekend

Hosea Sanga, chair of the local organising committee, said they are looking forward to an intense battle in the men's and women's categories during ...
Sports
1 year ago
by OMONDI ONYATTA
Athletics
03 June 2022 - 05:00
Read The E-Paper