The World Under 20 champion has had a mixed start to life as a senior athlete but is optimistic things will get better as he works on his speed and endurance. 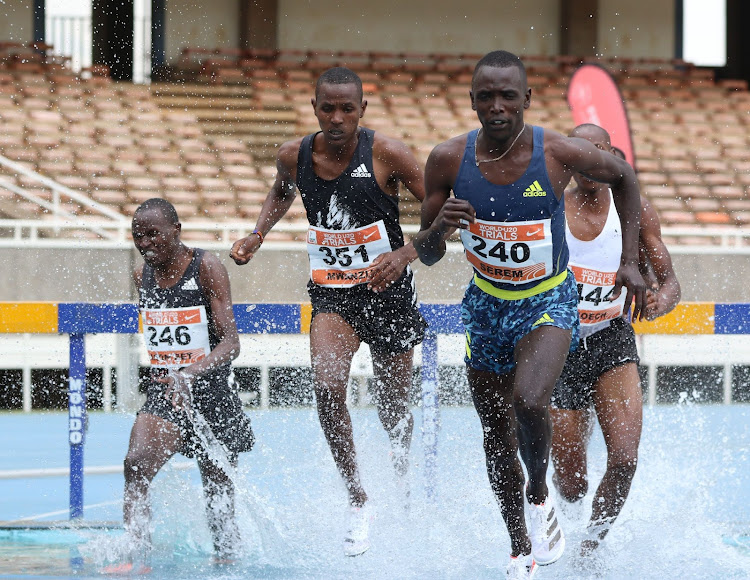 Serem said athletes specialising in steeplechase will have to improve on this aspect of their craft if the country is to reclaim its reputation as a powerhouse.

"If we improve on our speed work and endurance, we will be good to go. Personally, I also feel we may have lagged behind in regard to the jumping technique over the water hurdles and the barriers. This is where the other international athletes, such as Olympic champion Soufiane El Bakkali and the Ethiopians have excelled," Serem said.

It has been a mixed start to life as a senior athlete for the 19-year-old, who won the World Under 20 title last year at Moi Stadium, Kasarani —last year — clocking 8:30.72.

He was the winner of the men's 3,000m steeplechase race at the first and third legs of the Athletics Kenya track and field weekend meetings.

However, he missed out on the team to next month's Senior Africa Athletics Championship in Reduit, Mauritius. This is after timing 8:31.98 to finish fourth at the national championships at Moi Stadium, Kasarani.

He followed up on this performance with a disappointing seventh-place finish at the Kip Keino Classic — clocking 8:45.37.

The junior runner admits there are areas in his race he needs to brush up on before he reaches the world-class level he so desires.

"Personally, I am working at speed work and endurance, in time for the national trials for the Commonwealth Games and the World Championships. I am hopeful about my chances of making the team for these competitions," he said.

Recent conversations about Kenyan steeplechasers have revolved around the country's surrender of their 53-year Olympic domination at last August's summer games in Tokyo.

On that occasion, Moroccan El Bakkali powerfully kicked away in the last lap to clinch his first Olympic gold.

Nonetheless, Serem believes the depth of talent in the country means that the country can easily reclaim its dominance in the race.

"We will soon reclaim it...we are determined to do it. I don't think it is correct to say that we are no longer powerhouses just because we lost one race. There is a lot of talent in the country who are coming up and will do us proud," he said.

"I admire someone like Benjamin Kigen, who I believe is a very good runner. He has a powerful kick, which is quite useful in the last lap."

The 19-year-old has been talking to the four-time World 3000m steeplechase champion and says he has learnt a lot from him on how to become a better ...
Sports
10 months ago

The 17-year-old is a huge admirer of World and Olympic champion Ezekiel Kemboi and former Olympic 3,000m champion Brimin Kipruto
Sports
8 months ago
Post a comment
by OMONDI ONYATTA
Athletics
27 May 2022 - 05:00
Read The E-Paper