•Moraa finished outside the top three as  Jarinter Mawia clocked 2:01.39 to take the title 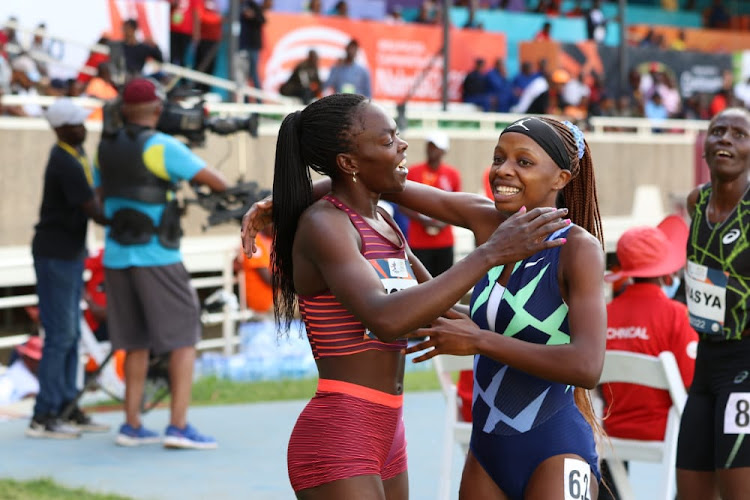 The 2017 World Under 18 400m silver medalist Mary Moraa says she had to do a lot of soul-searching after a poor performance at the Athletics Kenya national championships.

This result cost her a place in the team set to represent the country at next month's Senior Africa Athletics Championships in Reduit, Mauritius.

However, Moraa recovered to claim second place in her specialty at last weekend's Kip Keino Classic during which she clocked a season-best time of 1:59.87 behind winner, South African Prudence Sekgodiso, who timed a world lead of 1:58.41.

"Last week but one I ran here and didn't perform well. After that, I went and did a lot of soul-searching. It was clear to me that I had to focus fully on training. Thankfully, today I finished second and that shows that I am slowly getting back to form," Moraa said after her Kip Keino Classic performance.

"I have not been training a lot since November and this has affected my performance. However, my coach and I are now back to training and we are starting to see the results."

Moraa has her eyes on the upcoming World Championships in Oregon in July and is determined to perform better than her semi-final appearance at the Tokyo Olympics in August last year.

"After the Tokyo Olympics, the coach and I drew up a deliberate training programme based on the lessons learnt during the competition. It is this programme that I will continue with and hopefully get into top shape when the time comes for the World Championship," she said.

Meanwhile, world 800m champion Halima Nakaayi says she is not worried by her fifth-place finish in the same race at Kip Keino Classic during which she timed 2:00.93.

The Ugandan said she is more concerned about successfully defending her title, won in Doha in 2019.

"Each competition is different but still, the aim is to keep getting better. My main target is the World Championships. Being a world champion, the main target is to be in shape and do well," Nakaayi said.

She said she would go back to the drawing board and intensify training ahead of the Oregon test.

"Of course, my coach and I, as well as the management, are always working together to ensure that I am in good shape for the World Championships," the Ugandan said.

The third edition of the World Continental Tour has attracted the creme-de-la-creme of athletics and is expected to be electric as participants ...
Sports
1 week ago

Tuwei was speaking on Friday morning during the media launch of the annual event at Safari Park Hotel, Nairobi.
Sports
3 weeks ago

I am not yet fully fit, says Moraa despite successful weekend

The World Under-18 400 silver medalist says she has not been training ever since she graduated from the National Police College about a month ago
Sports
3 months ago
by OMONDI ONYATTA
Athletics
14 May 2022 - 05:00