Chesir recovers from disastrous fall to pursue glory at Copenhagen

Chesir fell midway through the April 10 race in Eldoret, forcing her to spend some time on the sidelines.

•This will be her fourth marathon after the Amsterdam, Boston, and Enschede marathons 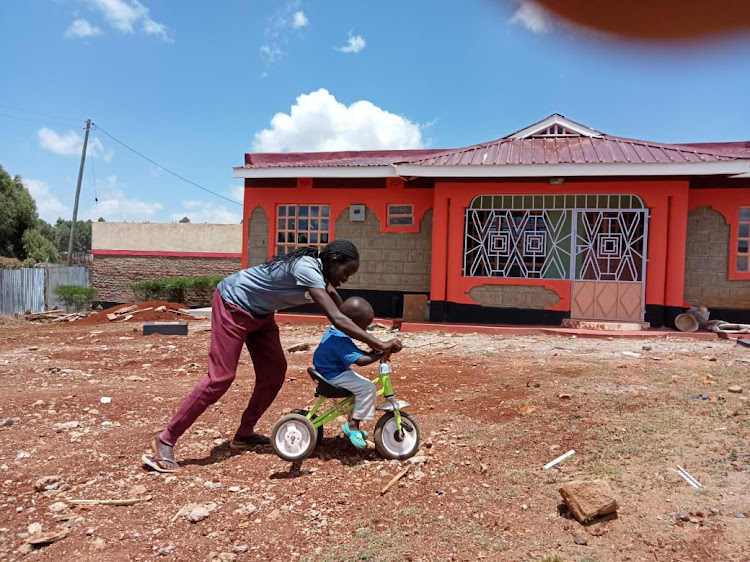 Gladys Chesir playing with her son Abel Kiplimo at their Kitabus Village in Iten, Elgeyo Marakwet county. Chesir is set to compete at the Copenhagen marathon this Sunday of 15th May 2022
Image: Emmanuel Sabuni

The 2015 All Africa Games 10,000m silver medalist Gladys Chesir says she has put behind her the disastrous fall at the Eldoret City Marathon and is now determined to make amends at this Sunday’s Copenhagen Half Marathon.

Chesir fell midway through the April 10 race in Eldoret, forcing her to spend some time on the sidelines.

However, she says she has recovered and is ready for Sunday's race in the Danish capital.

“I had a bad fall, failing to complete the race but I am fine right now. I am ready for the competition. It has been a while since I ran in such a big race but am ready to challenge my competitors,”  Chesir said.

The 2017 Lille Half Marathon champion added that she has been working round the clock to recover in time for the road race and is confident all the hard work will be rewarded on Sunday.

“I have had some good preparations and I believe that I will get to the finish line with a good time. I want to run a personal best time,” the 2010 Youth Olympics 3,000m champion said.

This will be her fourth marathon after the Amsterdam, Boston and Enschede.

The duo took the top two places in the men's 400m at Moi Stadium, Kasarani and now want to go and shine at the continental showpiece in Reduit
Sports
1 week ago

Female fans are drooling over his well-toned body and openly crushing on him
Sports
1 week ago
by EMMANUEL SABUNI
Athletics
13 May 2022 - 05:00