THE BEST FOR LAST

Africa's fastest man said he had promised to give a show to the fans and delivered on the same with a world lead of 9.85 at Moi Stadium, Kasarani

•The race was initially marred by a false start, which initially had everyone on the edge of their seats

•American Fred Kerley said he was happy to have clocked a season best of 9.92 in second place 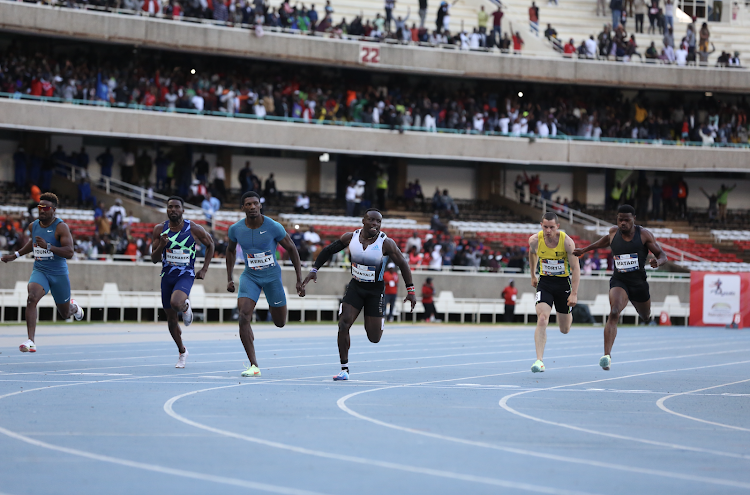 "It feels nice...I promised a show and I delivered. We are just beginning the season and we have around three months before the World Championships. This was part of the preparations. All these other guys (sprints giants) are just like us Kenyans...we only just need to tap the talent," Omanyala said.

Before a capacity crowd, which included President Uhuru Kenyatta and First Lady Margaret Kenyatta, the Kitale-born  started slowly off the blocks before pulling away from Kerley to surge home in first place.

It was not easy though as the race was marred by a false start albeit Omanyala says he was not mentally affected by that nerve-racking moment.

"In every race, these things sometimes happen. There might be a false start or you might even incur an injury. I had prepared myself and wasn't affected by that (false start) rather had to pick myself up and continue," he said.

Similarly, Kerley was counting the positives of an energy-sapping race, pointing to the fact that 9.92 is his season best.

"It was a fast race...I clocked my season best and I am happy. We had a false start but that's part of life. We move on to the next race," the American, who clocked a personal best of 19.76 in the men's 200m at last year's edition, said.

The Olympic 100m silver medalist is one of this year's headline attractions at the Kip Keino Classic and will come up against Olympic champion Lamont ...
Sports
2 weeks ago
by OMONDI ONYATTA
Athletics
07 May 2022 - 19:08