On a sunny Tuesday, fans were treated to competitive heats and semi-finals as most runners gave their all in pursuit of glory 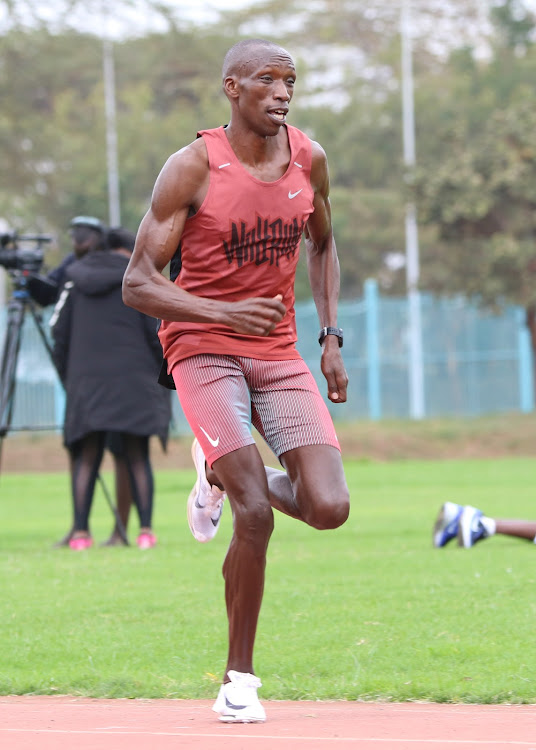 If Day One of the Athletics Kenya national championships is anything to go by, Day Two of the three-day event at Moi Stadium, Kasarani promises to be action-packed.

On a sunny Tuesday, fans were treated to competitive heats and semi-finals as most runners gave their all to secure their place in their respective finals.

The men's 1,500m final promises to be a scintillating competition after all the expected favourites sailed through albeit some of them were made to sweat by lesser-known names.

Fresh from clinching bronze at the World Indoor Championships in Belgrade, Serbia, Abel Kipsang held off a challenge from Amos Bett to clinch Heat Two.

2017 World 1500m champion Elijah Manangoi sealed his place in the next round with a second-place finish in Heat One.

The women's 1500m could also be a tantalising battle between the old and the young as 2018 Africa 1500m champion Winnie Chebet comes up against World Under 20 champion Purity Chepkirui.

Valencia Ibercaja 10km champion Daniel Simiu will be hoping to continue his great form in the finals after reigning over a star-studded cast in the men's 5,000m semi-finals.

'Coasterians' ready to shine at national championships in Nairobi

The event will double up as trials for the Senior Africa Athletics Championship in Reduit, Mauritius in June and the athletes are optimistic of good ...
Sports
7 months ago

The legend said he is looking forward to the third edition of the annual event
Sports
7 months ago
Post a comment
by OMONDI ONYATTA
Athletics
27 April 2022 - 05:00
Read The E-Paper