'WE HAVE DONE WELL'

•The country has for long ruled the long-distance races, often engaging in a bitter rivalry against their East African neighbours, Uganda and Ethiopia. 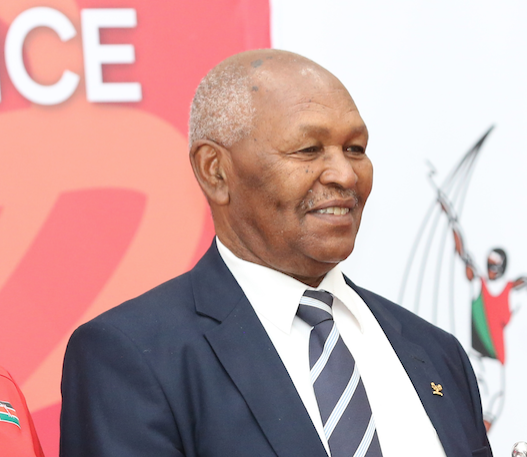 Kenyan athletics legend Kipchoge Keino believes Kenya is on the right path to dominating the sprints and middle distance races.

The country has for long ruled the long-distance races, often engaging in a bitter rivalry against their East African neighbours, Uganda and Ethiopia.

However, the two-time Olympic gold medalist believes the fruits of Athletics Kenya’s thorough scouting system are starting to materialise.

“We need to produce more sprinters and middle-distance runners. Thank you, AK for training more coaches to go around the country to scout for these talents. We have performed well in long-distance and the marathons. Now is the time to take it to another level by dominating relays and sprints,” Keino said.

He further encouraged other sports federations to follow AK’s lead and travel countrywide for talents at the grassroots to grow sports as an industry in the country.

“This country has a lot of talent. Let us work together to nurture them. AK deserve praise for developing young talents from all over the country. Other federations should borrow a leaf so that we can develop as many sportspersons as possible,” the triple Commonwealth gold medalist said.

Keino was speaking on Friday morning during the media launch of the Kip Keino Classic World Athletics Continental Tour Gold, set for May 7 at the Moi Stadium, Kasarani.

The legend said he is looking forward to the third edition of the annual event. He added that the competition is not only significant for those participating in it but also for millions of young, talented sportspersons.

“I was inspired by the exploits of our sprinter (Ferdinand Omanyala) at last year’s edition. I am proud that my name to be used for the event will encourage our youths to work hard on their talents,” the IAAF Hall of Famer said.

This year’s edition is the final one in a three-edition series that began in 2020. It will be the first time fans will be allowed into the stadium after the previous two were held behind closed doors due to the coronavirus pandemic.

The world marathon champion has had a blissful start to life as a warden after a delightful debut on the track at the institution's athletics ...
Sports
9 months ago

AK Youth Development sub-committee chairman says this is part of a grand scheme to nurture talents at the grassroots using schools as a conveyor belt
Sports
9 months ago
Post a comment
by BY OMONDO ONYATTA
Athletics
23 April 2022 - 05:00
Read The E-Paper