ALICE ADALA: A SPRINTER TO THE BONE

Adala won gold in the women’s 100m at Senior Africa Athletics Championships in Cairo, Egypt in 1982. 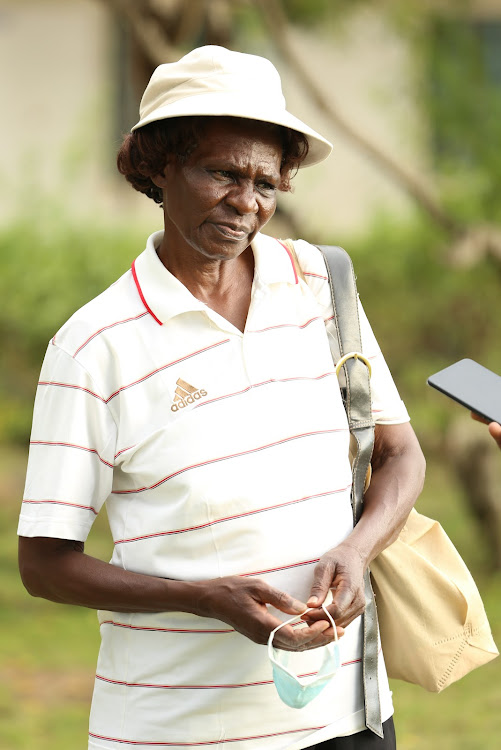 One of the most common things Alice Adala had to contend with in her career as a sprinter were snide remarks from naysayers who tried to discourage her from pursuing her passion.

In a society that exalts motherhood above all else, her love for sprinting attracted criticism from certain quarters who felt she was getting her priorities upside down.

However, looking at the accolades she collected throughout her career, Adala undoubtedly had the last laugh.

“I would be told that I will not make it as a sprinter and that I would not be able to get married and have children. I am happy I proved them wrong and even got married and had three children,” Adala says.

With the exclusive reputation of being the first female athlete to break two national records – 100m (11.7) and 200m (24.3) – it is safe to say that Adala is a legend and a living monument of Kenya’s reputation as an athletics powerhouse.

There was nothing that would ever stop Adala from becoming a world-class sprinter. Cut her veins and one would find her blood laced with sprinting genes.

From the time she was a young girl, she knew where her destiny lay and had already begun to prepare for the day when she would grace international tartan tracks.

“Whenever I was sent to fetch water in the reserve (rural area), I would literally run. I would be running and jumping over shrubs like a hurdler. Sprints were my passion since childhood,” she recalls.

Her life’s goal was helped by the fact that both of her parents were sportspersons whereas her brother was also a runner.

“My mother was an athlete and my father was a swimmer. I also have a brother who used to run although he didn’t progress far because of asthma. Our parents would take us to sports events in Kisumu and this heightened our interests in growing our talents,” Adala says. 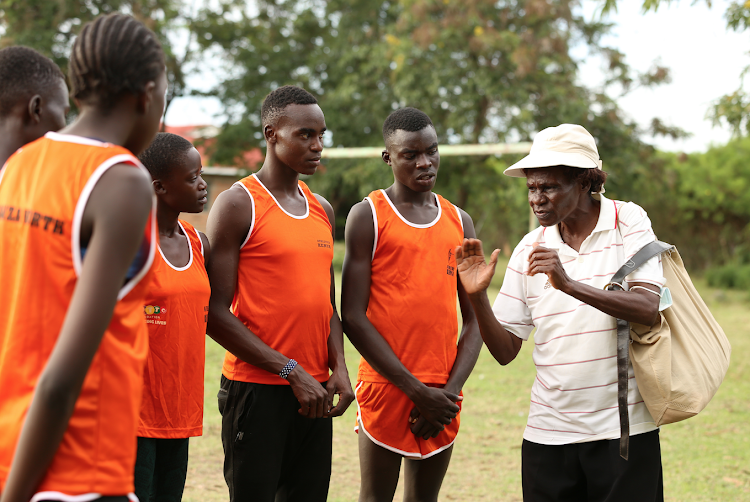 The exploits of Seraphino Antao at the 1962 Commonwealth Games — becoming the first Kenyan to win gold in an international event— further whetted her appetite for sprints.

"He came to compete in Kisumu, alongside one of our own, John Owiti (who is now in the US) and this just encouraged me to pursue sprints. When I saw them, I convinced myself I could make it just like them,” she explains.

Nervous for what?Even as a pupil at Kisumu Union Primary School in 1965, Adala exhibited maturity beyond her years. After excelling at the school championships, she went to the provincials competition where she came up against established sprinters, such as Lydia Stephens and June Kenyatta.

This encounter thrust her into the limelight although it seemed as if she had been an elite runner all her life.

“I never used to be scared or experience these butterflies that people claim to feel when competing on the big stage. I was confident in myself and knew I could do it. So I went and competed against these other ladies,” she says.

This was despite the fact that she had been running barefoot. She announced herself on the national stage in 1976 when she broke the two national records and earned the ticket to represent Kenya at the Olympic games in Montreal, Canada. 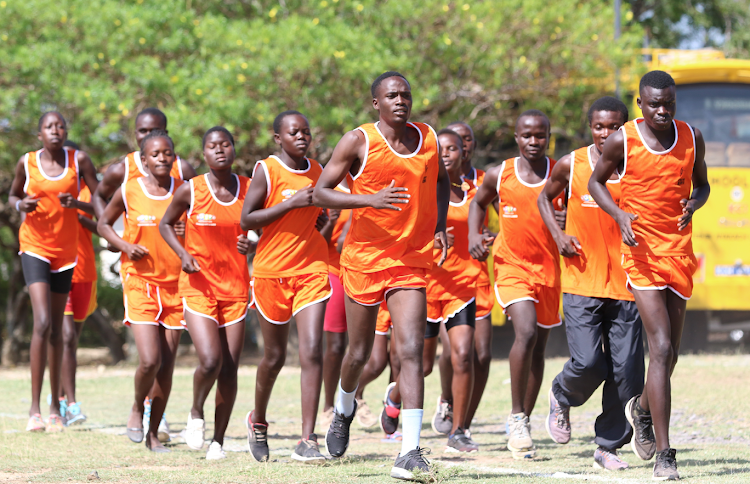 Some of the athletes training under Alice Adala's watch
Image: ERICK BARASA

The International Olympic Committee had refused to ban New Zealand from the competition after their rugby team had visited apartheid-era South Africa in contravention of a sporting embargo imposed by the United Nations.

“It was very disappointing and sad to come back home without competing. Most of the athletes were crying… shedding tears. You can imagine preparing for the Olympics, qualifying for it, and not being able to compete,” she recounts.

Mentally strong as she is, Adala picked herself up quickly and bounced back with a gold in the women’s 100m at Senior Africa Athletics Championships in Cairo, Egypt in 1982.

That remains her favourite moment considering the calibre of the opposition she had to beat on her way to the finish line. It earned her a place on the plane to Brisbane, Australia for the Commonwealth Games in the same year.

She attributes all her achievements to self-discipline and focus, including training with male sprinters. “I used to be very disciplined as a runner. I used to train with male sprinters such as the likes of Julius Sang. Of course, they would beat me in training but it sharpened me and that was how I managed to break all these records,” Adala says.

Even in old age, she still considers herself a sprinter and has ambitions of running in the masters' category although she is yet to conclude on the modalities. A sporty family although they may not be runners, Adala’s three children have taken after her as a sportsperson. One of her sons, Kevin Otieno, is a hockey player who has plied his trade for Kenya Police.

Her youngest son, Edward Oduor, is a basketballer as is Patrick Odhiambo who has turned out for the national team in the past. However, Adala’s crown jewel is her granddaughter, Rachel Otieno, in who she sees a lot of resemblances as far as her sprints talent is concerned.

“Oh yes! I see a lot of myself in her. She is in class eight and is a runner just like I was…very talented,” she says with a smile.

Sadly, Adala feels that the Nyanza region has fallen into a deep slumber despite the depth of talent in sprints and field events.  She attributes this to a change in perception towards the sport and a lack of seriousness from the requisite authorities to nurture talent.

Alice Adala's engages athletes in Nyanza North as she seeks to put them on the right track
Image: ERICK BARASA

“Our county governments need to be involved more in sports. It also has to do with the perception of our people towards sports. In the past, we used to be encouraged to pursue sports,” she explains.

Adala adds: “I can remember when I was chaperoning for many teams like hockey and basketball, there were very many players from this region. However, this is not the case nowadays. To the modern sportsperson, Adala does not mince her words.

“Stop drinking alcohol or smoking cigarettes. Drugs and sports do not go together well. If you abstain from these things, you will be able to compete very well and stay long at a top peak,” she advises.

Indeed, for any aspiring sprinter, Alice Adala is someone they should be conversant with.She came, saw and conquered and is now nurturing future stars in the athletics scene.

Her work with young talent is also a lesson to other retired athletics stars that they should be a repository of knowledge and skills for upcoming stars to tap into and realize their potential.

For every athletics purist, the prayer should be that another Alice Adala should arise from this current generation and put Kenya on the map of world sprinters.Fearless, frank and faithful… that’s the template Adala has provided for talented sprinters dreaming of making it big.