A HEART OF GOLD

You don't need to thank me, helping others is my lifestyle

Three-time Nagano Marathon champion Isaac Macharia knows the pain of sleeping on empty stomach, trekking for long distances and missing out on school 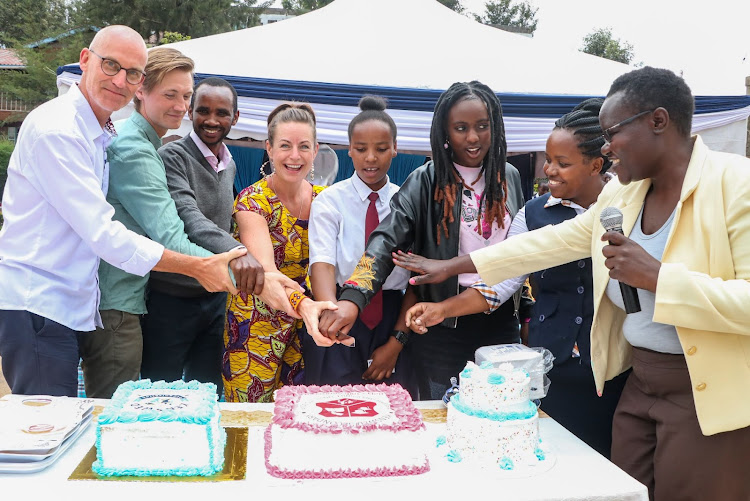 Despite the millions made during a decade-long career as a marathoner, Isaac Macharia does not consider himself a wealthy man but a rich person at heart with a lot of love to give.

And after he temporarily hung up his spikes in 2018, the natural move would have been for the 40-year-old to mellow into retirement and enjoy his hard-earned millions with his family.

However, even before he called time on his career, Macharia had an unquenchable desire to give back to society.

Thus, in 2012, the Kenswed Organisation was born — starting with the Kenswed School to provide an education lifeline to thousands of disadvantaged school-going children in Ngong' area.

The three-time Nagano Commemorative Marathon champion understands first-hand the pain of spending days away from class due to lack of school fees.

"The motivation for starting this project is to help as many people as I can with the little I have. In my high school days, I only paid Sh1,000... all the other days I survived. I would be sent home for a week and then come back," Macharia explains.

It was baby steps for the multimillion project, starting with two classrooms, a pit latrine and 56 students.

Joining him in building this dream into reality was Po Hansen, a university lecturer and head of Global Relations, an international NGO.

"Ever since 2009, I tried reaching out to various athletes to explore how we could work together to give back to society. It was only Isaac who responded and attended our meetings," Hansen explains.

From this modest beginning, the project mushroomed into a hospital and dental health centre as well as a vocational training institute. 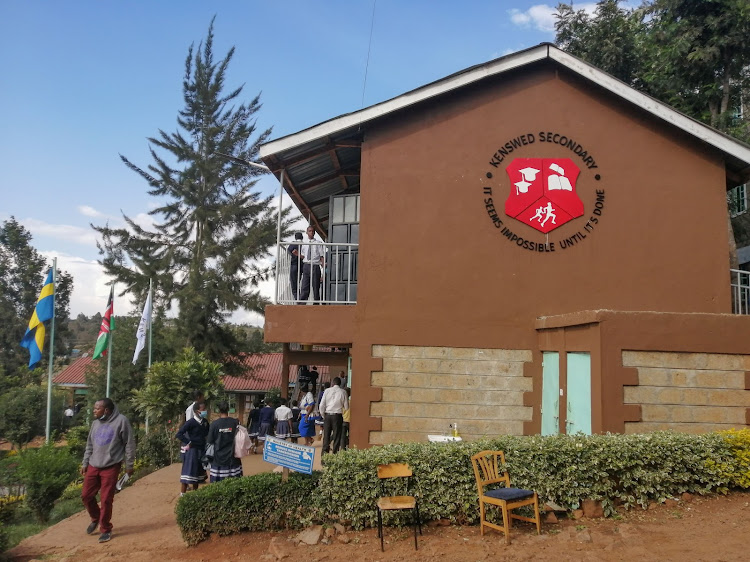 Macharia admits starting such a sweet dream into a delightful project was not easy considering the scarcity of resources.

"I think when you put your mind to do something good to humanity, God in His divine grace connects you to people to help you achieve that dream. I chose to look at the bigger picture...chose a bigger purpose rather than chase material wealth for my sake," the five-time Bogota Half Marathon champion explains.

Indeed, in 2014, Zelmerlöw & Björkman Foundation, a Swedish fundraising organisation, bought into the Kenswed vision and came on board as principal donors.

The organisation, founded by former tennis player Jonas Bjorkman and musician Man Zermerlow, empowers African youths to liberate themselves from the shackles of poverty into socio-economic independence.

Also involved in the project is the Loof Foundation, which supports the activities of the Kenswed Hospital and Dental Health Centre.

Macharia is the embodiment of  "when life gives you lemons, make lemonades." His career as a marathoner arose out of a necessity — attending classes at Kenya Power Training College classes in Ruaraka,  Thika Road.

The Nyahururu-born and Nakuru-raised came to Nairobi after high school where he landed a job as a casual labourer at KPLC. His bosses at the power firm were impressed with his self-drive and sponsored him for classes.

His high school buddy was generous enough to accommodate him in Uthiru, albeit this only solved half of his problems.

"Bus fare was kind of cumbersome and so I resorted to jogging all the way from Uthiru to Ruaraka and back. I would walk for some kilometres and then jog. After a year or so, I could run the whole way. By then, I was not yet an athlete," Macharia explains.

In such instances, the firstborn in a family of 10 felt as if there was no end in sight for his tribulations. All his life, poverty had clung to him like a tick to a cow. 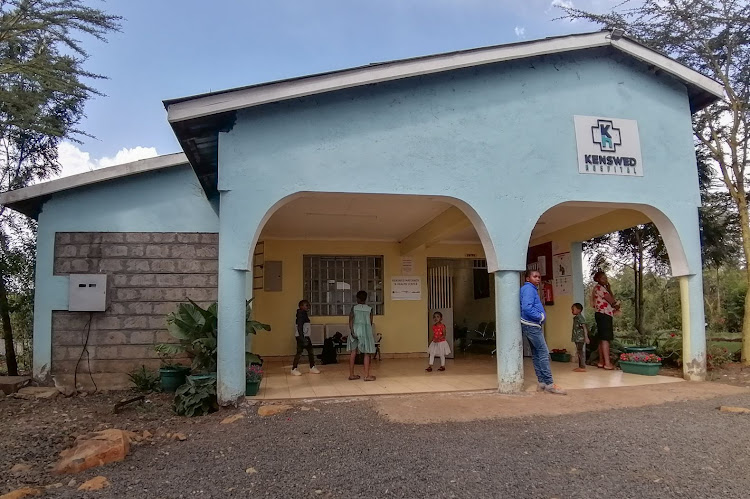 "Growing up, life was very tough. Things that other people would take for granted like food, clothing and shelter were very hard for us to come by. When you add in the issue of school fees, life was quite complicated," the 2010 Dongying Marathon champion says.

However, familiarity breeds contempt; for Macharia, the fact that poverty and him were like Siamese twins only fomented his hate for the status quo and fueled a determination to change his status.

In hindsight, it seems as if all the painstaking days he spent running to and from school were to prepare him for a sprint to stardom.

In 2004, Amref had organised a half marathon in Nairobi as part of a sensitisation campaign on hygiene and to raise funds for construction of toilets in Kibera slums.

With vivid memories of the struggles he had encountered in his life,  Macharia's enlisted in the race as his own way of lending a helping hand.

"I felt that by running, I could still give back to the community and so I registered. The race began at Nyayo Stadium, through Mombasa Road to City Cabanas and back. Soon, I was in the leading pack where I was in the company of elite runners most of whom were donning beautiful Nike shoes," he recounts.

Despite being the odd one out in his rubber shoes, many fans saw in him a man who was very much at home with the creme-de-la-creme of road races and a star destined for better things ahead.

Midway through the race, his motivation went a notch higher when he learnt that the top three winners would be taken to Austria for the Salzburg Half Marathon.

Therefore, he held on to the leading pack and eventually finished third, launching his athletics career in the most unexpected way.

In Austria, he secured third place and with it came a financial windfall after recording a fast time of 1:01:33. 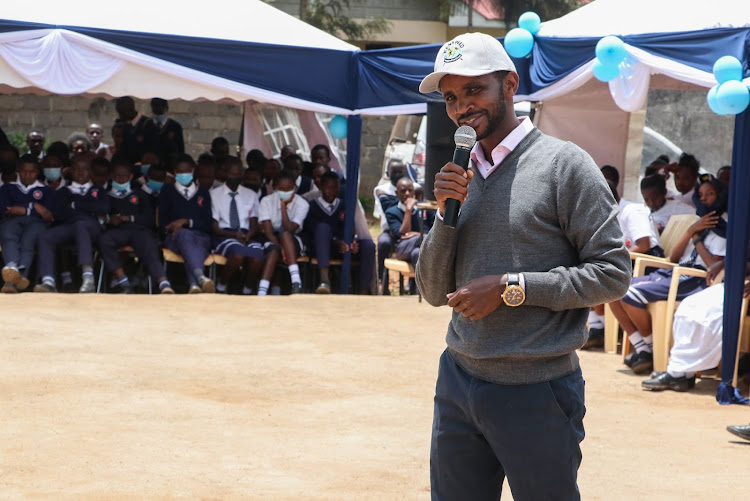 Life had now become a bed of roses for Macharia, who proceeded to undertake a Bachelor's Degree in Finance at the Jomo Kenyatta University of Agriculture and Technology in 2006 after completing his studies at the Kenya Power Training College.

He was also signed by Posso Sports as an elite athlete.

However, there were some bad days in the office, such as when he was stranded at the airport en route to France for a race in 2004.

"I didn't know I was supposed to connect to another flight to another city. I spent three days in the airport with no food and water and yet it was summer, which was very hot. Coming from this humble background, I didn't want to ask anyone for help because I felt I could sort it all out by myself," Macharia explains.

It was only after interrogation by airport authorities that he was helped to take his connection flight, only to arrive at his destination on race day.

He had only had his first proper meal a few hours before the 21km race and was soon to experience the most torrid times of his young athletics career.

"I was at position four and then somewhere within the race I started feeling dizzy. There is this thought that came to mind that if I quit I would lose my sponsorship so I kept going on... at one point, I fell down and would crawl on all fours," the 2009 Shanghai International Marathon runner-up says.

Although he finished the race in the 56th position, the effects were to be felt long after crossing the finish line.

He lapsed into unconsciousness for hour and he reveals how him time to recover. He could not walk for 100m without gasping for breath.

During this tough period, there was a lot of soul-searching within.

"It was quite difficult for me. I asked myself many questions and even thought of retiring," he says.

However, there was one particular positive for him and those who were watching the half marathon.

"What they saw was the fighting spirit from me during the race. I was this young runner, crawling on all fours despite the excruciating pain I was going through," he recalls. 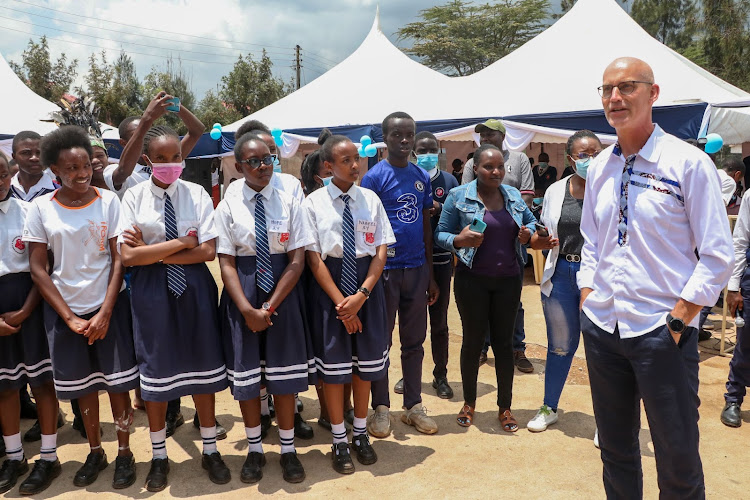 Po Hansen interacts with some of the students during the celebrations
Image: WILFRED NYANGARESI 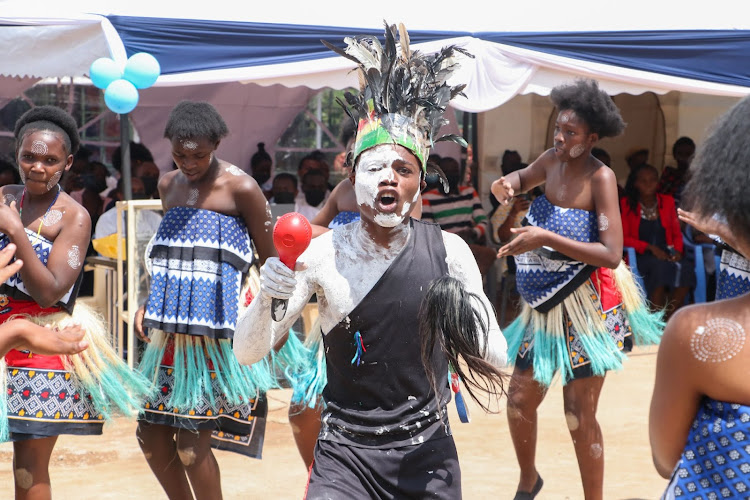 It is this indefatigable spirit — displayed on the tarmac in France — that continues to spur his fight for a better life for many vulnerable youths despite the hurdles he has faced.

Macharia supports numerous upcoming athletes with food and rent and admits it hurts to see a majority of them fail to realise their potential.

"What many people don't know is that out of a group of athletes only 15 per cent make it. It breaks my heart to see an athlete pack up and go because you have tried all you could to help him but nothing is working out. I always imagine what it feels like to go through that struggle and not to reap anything," he says.

"Part of the reason for establishing the vocational institution is to provide such athletes with an alternative to build their skills. Even before we established the Tvet, we had a program to provide them with basic IT skills where they would come and learn during the weekend."

The 2006 Remich Route du Vin Half Marathon runner-up further proposes that athletics stakeholders, including Athletics Kenya, should come up with policies to help provide athletes with a fallback plan, such as transition into entrepreneurship.

Apart from philanthropy, Macharia is a businessman with interests in information technology, sports, solar energy and micro-banking.

In conjunction with two Swedish friends, he is a partner at Miale Solar, a company that undertakes industrial solar installation. His company, Pick Pay, lends items to rural women, such as solar lamps and water tanks.

Nonetheless, Macharia is emphatic that the ultimate goal is to extend the Kenswed vision to other disadvantaged areas.

Being a firstborn, Macharia has performed his familial duties admirably, sharing that which he has made with his brothers and sisters.

He says he is eternally grateful to his wife, 2007 All-Africa Games 1,500m silver medalist Veronicah Nyaruai, for sacrificing her own career ambitions to support him in his venture.

"I am very grateful to her because she sacrificed her own career to start a family. When someone gives up their own ambitions to support you in such a way, then you should be eternally indebted," Macharia says.

Macharia says he is ready to revisit his racers once more and run in one ione or two marathons this year 'to have a feel of the modern shoe technology.'

His story is one many people should read and introspect with regards to their lives. Millions, just like Macharia, have been born into poverty and most certainly feel they are tethered to their present status.

However, Macharia has proved that our beginnings do not determine our fate.

He signs off: "The truest essence of humanity is impacting and inspiring positive change with whatever we have. We all have something to offer humanity."

Chepng'etich to fight for highest ever marathon prize in Japan

Nagoya represents a chance for redemption after her Olympics disappointment and an opportunity to extend her ruthless performance from October's ...
Sports
11 months ago

The 2018 Commonwealth Games 10,000m bronze medalist has been grappling with injury woes for a while now but believes success awaits in next month's ...
Sports
11 months ago

Elsewhere, the Osaka Marathon is slated for February 27 with two Kenyans in the field.
Sports
11 months ago
Post a comment
by OMONDI ONYATTA
Athletics
25 February 2022 - 05:00
Read The E-Paper