Having spent over 17 years in athletics, the world marathon record holder believes the sprinter has all the tools to excel at the top level for many years

•Character, education and support is the key to success for Omanyala, Kipchoge says

•Omanyala was crowned the SOYA Sportsman of the Year award 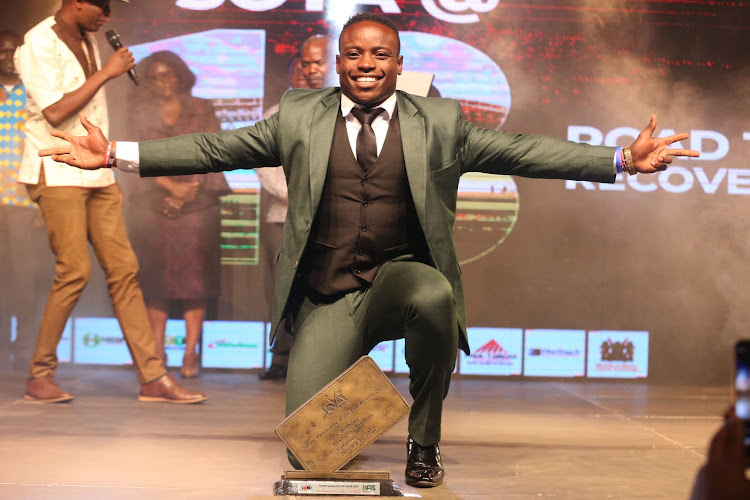 The world marathon record holder said Omanyala, who also holds the African 100m record at 9.77 seconds, has all the required ingredients to continually churn out exceptional performances on international platforms.

"My small piece of advice to him (Omanyala) is to treat the sport as a profession. Above all, he should have character, education and support. I believe he already has them and these three things will drive him through to the next 15 years," Kipchoge said.

The four-time London Marathon champion was speaking after he was feted for his consistent and superb performances over the years during the SOYA awards ceremony on Tuesday night at Bukhungu Stadium, Kakamega.

Subsequently, Kipchoge advised his compatriot to be a good student of the game and draw valuable lessons from other experienced athletes for the benefit of his career.

"I am really happy to be recognised tonight with this award. It shows that resilience is an important aspect of sports. People like Omanyala have been in the industry for two years while I am 17 years old in the world of athletics. I think he'll be taking some notes of what we have been doing in the last 17 years," he said.

"This award actually is to inspire the present and future generations and generally in the business of sports."

The three-time Berlin Marathon champion last won the SOYA top award in 2020 on the back of a historic 2019 when he became the first man to run a marathon under two hours (1:59:49) at the INEOS 1:59 challenge in Vienna, Austria.

On Tuesday, however, the night belonged to Omanyala — who bagged the Best Sportsman of the Year Award after a successful 2021 in which he broke the national and African records.

Omanyala also became first Kenya to sprint into the semifinals of the Olympic Games during the Tokyo bonanza last year.

It is at the second edition of the Kip Keino Classic last September that Omanyala set the African redord after finishing second behind American Trayvon Bromell, who cut the tape in 9.76.

Omanyala described the award as an appreciation of the extent to which he has touched lives with his exploits on the track.

"It means a lot to me and makes me happy. It shows that people appreciate what I have been doing. When journalists come together and decide to give this award to me, it is really motivating," the Kitale-born said.

Echoing his sentiments was double Olympic 1,500m champion Faith Kipyegon, who walked away with the Best Sportswoman of the Year award.

"It is a special feeling to be recognised at home and to know that people appreciate you. I last won a SOYA award in 2012 as the most promising sportsperson and so it is great to win it again. I want to inspire the upcoming generations and this award helps me to do that," the 2021 Diamond League trophy winner said.

Sportswoman of the year living with disability-Nancy Chelagat

Sportswoman of the year- Faith Chepngetich

Sportsman of the year- Ferdinand Omanyala