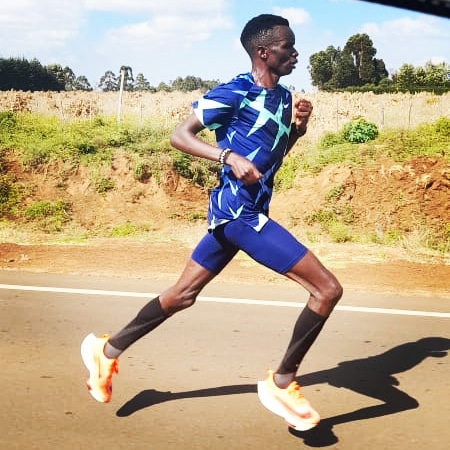 Valencia Ibercaja 10km road race champion Daniel Simiu is targeting a great performance at this weekend's national cross country championship in Eldoret as he readies an assault on other international competitions this year.

Simiu, who has ambitions of representing the country at the World Championships in Oregon and the Commonwealth Games in Birmingham, said the race will boost the physical and psychological facets of his running.

"I am really hungry for victory. That is what drives me every day when I wake up in the morning. Every day, I have to work hard and chase my dreams. In Eldoret, I will run my best even though it will be a strong field," Simiu, 26, said.

He further admits that missing out on the World Championships in 2019 still hurts to date and wants to rectify that by making Team Kenya's contingent to the United States in July this year.

The Baragoi-born runner, alongside close friend Nicholas Kimeli, had to drop out of the Doha-bound team after they failed to fulfill the three mandatory anti-doping requirements in and out of competition.

"It would be great to achieve a podium place in Oregon after the disappointment of three years ago. This far I have come is God and I believe that in Him, more glory awaits me," he said.

Speed has been a constant headache for the 2020 San Silvestre Vallecana 10km champion, who concedes he must improve on his time if he is to win more medals.

Part of his strategy is to compete in the men's 3000m at next month's World Indoor Championships in Belgrade, Serbia.

"I want to work on my speed hence the reason for running in the 3,000m. Competing in the 5,000m requires you to be up to shape and to shoot off in the last lap like a bullet. Am hopeful that by the time the World Championships comes, it (speed) will no longer be an issue," Simiu, who boasts a personal best of 12:55.88 in 5,000m, said.

The 2020 Berlin 10k Invitational II champion, who has been training in Iten, Elgeyo Marakwet is, however, careful not to underrate the quality of opposition on offer in the senior men's 10km race at Kapseret.

"Cross country is not an easy race to predict unlike the marathons and even the track events. The courses vary from event to event; sometimes it is muddy terrain. Also, there are other strong runners and no doubt they will be angling for the same title," he said.

"As things stand, I will not compete at the World Cross Country Tour in February. However, if I am invited, I will be happy to participate."