Jepchirchir keen to kick off year with debut win in Boston 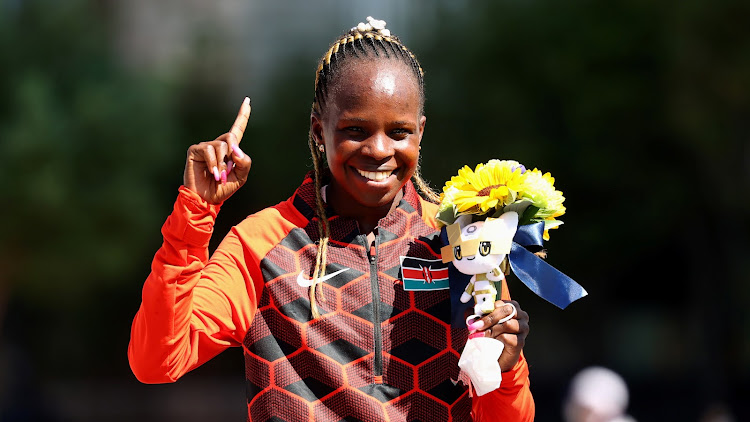 The world half marathon champion will be debuting in the 126th edition of the World Majors Marathon event and says her focus is to build on last year's gains during which she added the New York Marathon title to her Tokyo Olympics win.

“My high expectation is to be a winner and I would like to arrive at the day of the race in my best shape. I have time enough to prepare for it and I will do my best in training to be ready to run against some of the best marathon runners in the world,” Jepchirchir, who ran a personal best of 2:17:16 at the Valencia Marathon in December 2020, said.

There will be 12 women who have run under 2:23, with the event – the first Boston Marathon held on Patriots’ Day since 2019 – marking the 50th anniversary of the first official women’s field, which in 1972 featured eight finishers.

They include 2017 and 2018 champions Edna Kiplagat and Des Linden as well as four sub-2:20 Ethiopian contenders in Degitu Azimeraw, Roza Dereje, Zeineba Yimer, and Tigist Girma.

Also competing will be Tokyo bronze medallist Molly Seidel of the United States, a former Boston resident who became only the third US woman in history to claim a medal in the Olympic marathon.

"When I lived and trained in Boston I just became totally enamored with the Boston Marathon. Every Patriots’ Day I would go to Heartbreak Hill to watch the runners, and whenever I trained on the course I dreamed of getting to run the race some day," she said.

Seidel added: "There’s something uniquely special about the Boston Marathon, and I absolutely can’t wait to line up in Hopkinton this April for the race!”