AK urged to rein in on frauds extorting youngsters at grassroots

Zakayo said a war campaign against these fraudsters will lessen the expenses young athletes incur when preparing for races in foreign countries.

•Many athletes miss out on international events because they lack money to pay for AK letters.

•A war campaign against these fraudsters would lessen the expenses young athletes incur when preparing for these races.

•Most athletes further agreed coaches should be fatherly and motherly figures to enable young runners attain their potential. 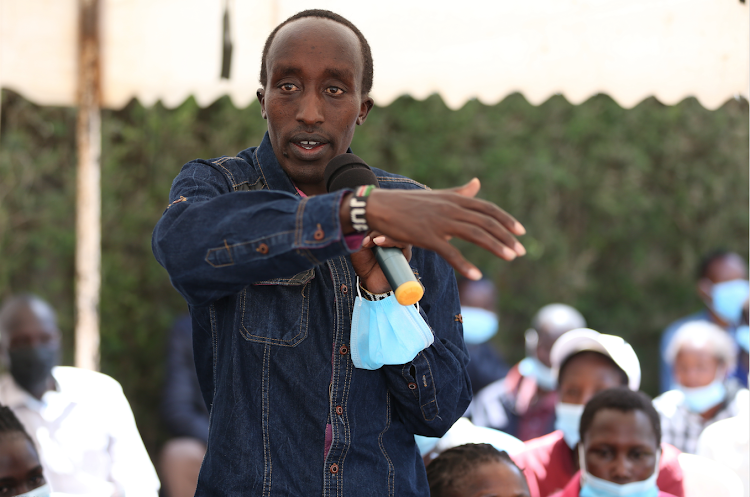 The 2018 Commonwealth 5,000m bronze medalist Edward Zakayo has asked Athletics Kenya to clamp down on fraudsters who are extorting money from junior athletes in exchange for letters from the federation.

Zakayo said many athletes at the grassroots cannot compete in international events because they cannot afford the exorbitant fees demanded by these unscrupulous individuals.

"Many of the junior athletes do not know they can obtain this letter from AK head office for free. These middlemen take advantage of that and demand as high as Sh5,000 in order to provide them with this letter," said the World Under 20 5,000m champion said.

"Since it is impossible to compete abroad without a letter from the federation, many of them choose to give up rather than pursue it further."

Zakayo said a war campaign against these fraudsters will lessen the expenses young athletes incur when preparing for races in foreign countries.

"As a runner, you have a lot of expenses to grapple with, including airfare and visa application fees. On top of that, there is house rent and food expenses waiting for you. Where do you find that Sh 5000 to give away? That is why we need the federation to establish a nearby office to enable athletes easily access these letters," the 2019 Africa Under 20 5000m champion said.

He said many Kenyan athletes are compelled to change nationalities because they feel neglected by their motherland.

"We have many promising athletes switching nationalities and searching for scholarships. This is in contrast to our Ugandan counterparts who are always given due attention to continually produce at the top level," he said.

The 2017 World Under 18 3000m champion was speaking on Wednesday in Iten, Elgeyo Marakwet during AK's deliberations with stakeholders in the county.

"We need a public relations officer in Nairobi to smoothen the process of accessing these letters. Many are spending a lot of money to come to Nairobi only to return home frustrated because they can't access these letters," the 2018 Boston Half Marathon champion said.

Most athletes further agreed coaches should be father figures to enable young runners attain their potential.