The 2019 Chicago Marathon champion Lawrence Cherono says many parents sink a lot of money in funding their children's young careers to no avail.

•Athletes have also been warned against misleading influence in their careers 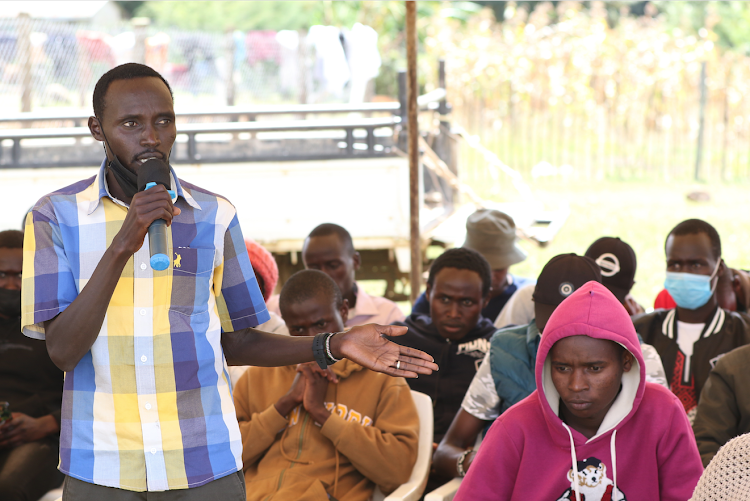 Cherono said many athletes, especially the younger ones, have missed out on international events after failing to secure a visa on time and due to lack of funds to apply for them.

"There are many parents of athletes who sell land or even properties in the hope that their children will go abroad and win a race and recoup the money spent. However, for many, this is not the case because they don't have the management to help them with the application and soon they are back home with their parents, destitute and depressed," Cherono said.

The 2019 Boston Marathon champion added that other families have been conned of a lot of money by unscrupulous agencies who promise to secure races for their children only to evaporate in thin air.

"Many parents fall into depression after investing so much into their children's career without any returns. They were lied to by a fake coach that their son or daughter can compete abroad and earn money so they decided to sell cows or properties to fund these preparations," he said.

The Tokyo Olympian was not done with his tirade against dishonest persons in the game. He accused them of causing rifts in athletes' families by turning one spouse against the other.

"You find that once your spouse runs and starts to make money, her head is turned and she no longer cares for the family. Men are also abandoning their families due to wrong influence from outside quarters. In this career, the only way you can succeed for a long time is to remain disciplined and avoid such misleading people around you," Cherono said.

His comments resonated with 2019 Strasbourg Half Marathon champion Janet Ruguru, who cautioned junior athletes to be discerning of the members of their entourage.

"You need to know who will stand with you in times of trouble. There are some who are only there because of the benefits they draw from your success. Once things become tough, they will all disappear," Ruguru said.

She also pointed out that harassment is common among athletes and not only perpetrated by coaches.

"In training, you will find people talking harshly to you and this can affect you psychologically. Regardless, there will be setbacks but use them as stepping stones to improve yourself. You need to talk it out and ensure you have the right company around you," the 2019 Tallinn Half Marathon champion said.

The duo were among those who spoke in Kaptagat on Tuesday morning during Athletics Kenya's consultative forum with stakeholders in Uasin Gishu region.